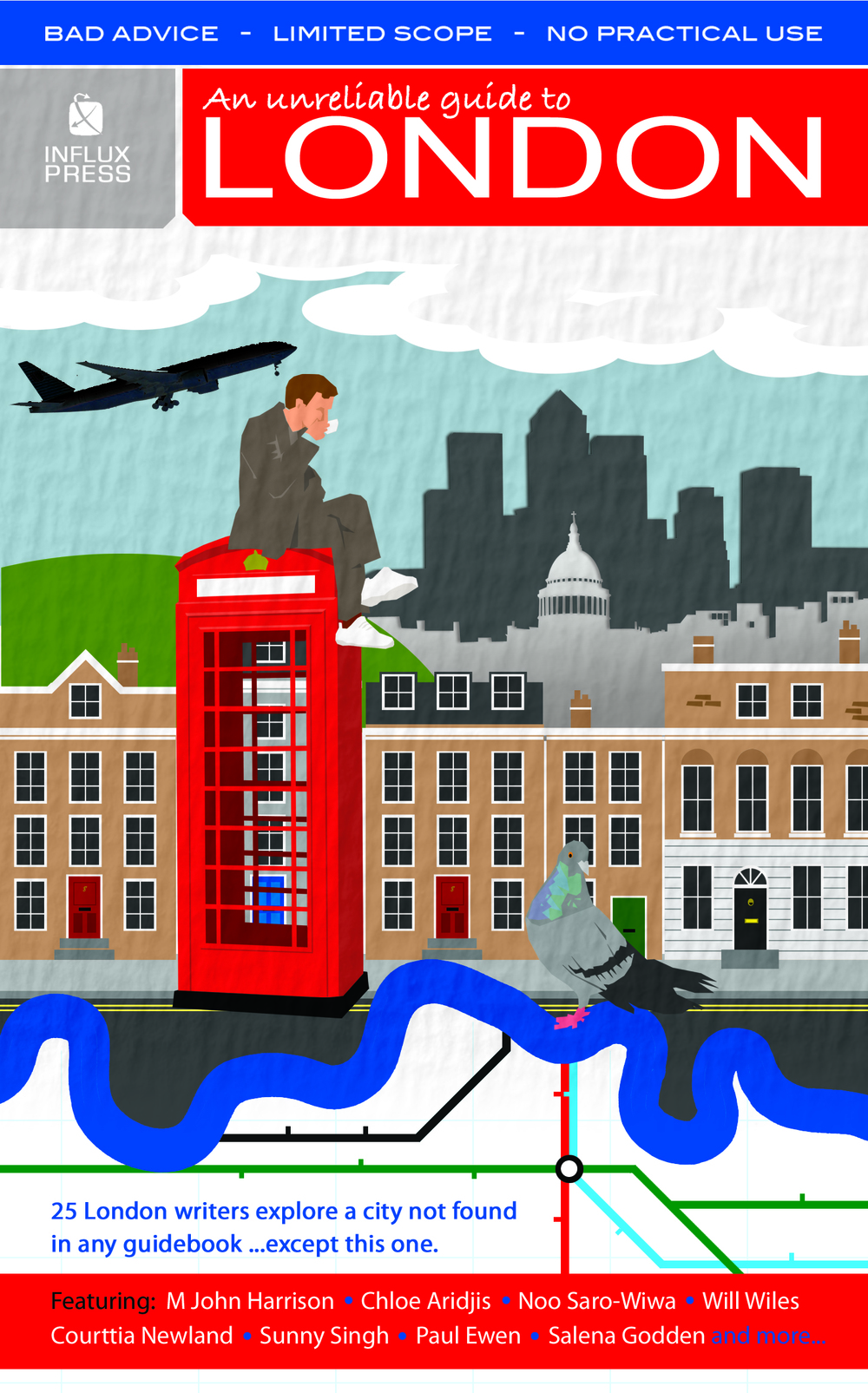 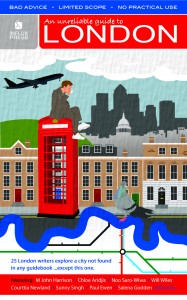 If you’re a regular reader of Unofficial Britain, you’ll know that I like to walk around chain store car parks, writing things down.

It’s something of an obsession.

On this website I’ve described my encounter with Sir Francis Drake outside a B&Q in Plymouth, following dinosaur tracks in St Leonard’s Asda and encountering alien monoliths in Cribbs Causeway in Bristol.

And there’s plenty more where those come from….

a) because I get around a bit

b) I’m an incredibly tedious man, hated by his own family and eyed with suspicion by the trolley bloke at his local Morrisons.

However, I’m delighted to announce that one of my car park adventures appears in the new anthology from Influx Press, titled An Unreliable Guide to London.

The book contains “twenty-six stories about the lesser known parts of a world renowned city.  Stories that stretch the reader’s definition of the truth. Stories that have you questioning reality, and fiction simultaneously. Stories that will tell you there are wind nymphs in South Clapham tube station, a horse sized swan at Brentford Ait, Sleeping Clinics in NW3 and celebrations for St Margaret’s Day of the Dead.”

To find out precisely what, you’ll have to get the book, which includes far more famous and successful authors than me, including M John Harrison, Will Wiles, Salena Godden, Tim Wells, Nikesh Shukla, Courttia Newland, Chloe Aridjis, Tim Burrows, Sunny Singh, and so on and so forth.

You can order it here.

Gareth E. Rees is author of Marshland: Dreams & Nightmares on the Edge of London. His work appears in Mount London: Ascents In the Vertical City, Acquired for Development By: A Hackney Anthology, Walking Inside Out: Contemporary British Psychogeography and the album A Dream Life of Hackney Marshes.

Marshland: Dreams and Nightmares on the Edge of London