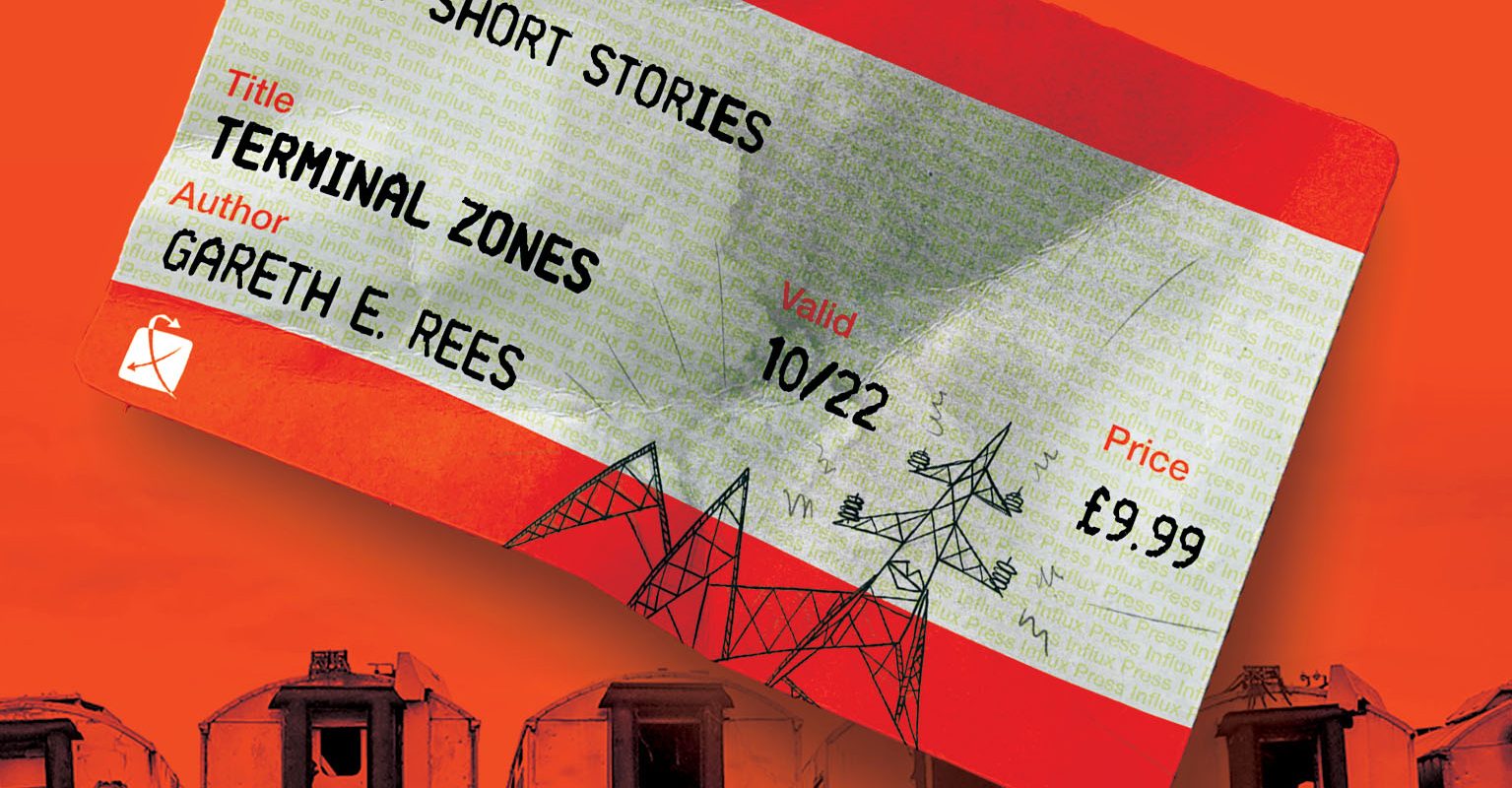 “Global warming had gone past the tipping point, the reporter said. Melissa kept hearing this over and over, that the catastrophe was already under way. But at B&Q, everything looked the same as it always had. It was the end of the world and she was totally bored.” [From ‘Meet on the Edge’ (Terminal Zones, Influx Press, 2022) ]

My new book of short fiction, Terminal Zones, is set in the near future, where ordinary people are driven to extremes by the effects of late capitalism and ecological collapse.

The stories take place in what I describe as ‘terminal zones’: the crumbling southern English coast, consumed by storm tides and rising seas; the edgelands between town and country, where those dispossessed by neoliberalism find themselves an uneasy refuge; and the polar ice caps, at the very ends of the earth, transforming rapidly in an era of global warming.

If you are familiar with my recent non-fiction works, Unofficial Britain and Car Park Life, you’ll recognise much of the terrain in Terminal Zones. These stories were a fictional outlet for some of the ideas that were too weird and speculative to include in those books. But together in this collection they form a disturbing portrait of a civilisation on the brink, seen through the perspectives of stressed, anxious people in everyday places.

A troubled hipster is seduced by an electricity pylon… Sinister omens manifest in a supermarket car park…. a diabolical bioengineered entity lurks in a railway terminus… a former squatter clings to her home on a crumbling cliff…  malevolent bacteria plague a polar icebreaker…a motorway bridge becomes a father… joyriders are foiled by Anglo Saxon floodwaters… the weekly bin collection pushes a bigot over the edge… vampiric entities stalk B&Q… and catastrophe comes to a zoo.

Terminal Zones is available now in paperback from Influx Press the usual online outlets and the best local bookshops.

‘Fresh and disturbing stories mapping out the pressure points in the psychedelic everyday – Rees consistently reaches the places others do not.’ – Will Wiles, author of Plume

‘Perfect pocket material for your own excursions into forgotten and ignored spaces. Take it with you as you explore towpaths, lay-bys, the far edges of retail parks, and those places whose DO NOT ENTER signs have long faded from oppressive sunlight and relentless rain…’ – Starburst

‘Gareth E Rees propels us into a vast and uncanny future; showing us brief snatches of a world to come. A poignant message delivered with guile, wit and beauty.’ – Matt Wesolowski, author of Demon

‘I thoroughly enjoyed these unsettling, darkly funny tales of people and places at the margins of society. Terminal Zones is an outstanding collection that firmly establishes Gareth E. Rees as one of Britain’s foremost chroniclers of lives lived between the cracks.’ – Tim Major, author of Hope Island

‘All of the usual Gareth Rees tropes are here: motorways, pylons, car parks, retail parks and abandoned industrial sites. The thing that is new, that is experimental, is the range of characters Rees creates, a whole world of them. Some are more fully realised than others but they people his nightmares and, as a collective, they are the driving force behind these stories.’ – Psychogeographic Review

“…In pre-empting our ‘lost pasts’ Rees’s stories cling tightly to the present: with its bin days and its marshes and its pylons. We are, as Rees makes clear, irrevocably tangled in this world.” – Lunate