A View from An Abandoned Scottish Rollercoaster 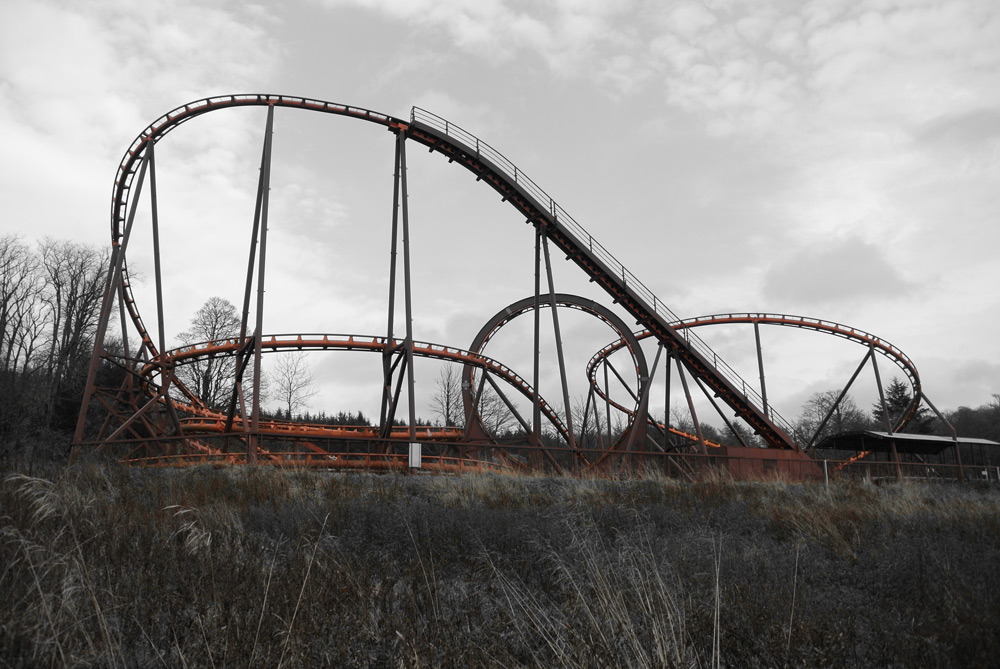 A View from An Abandoned Scottish Roller ... 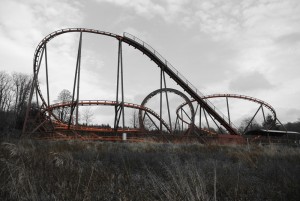 I am perched on top of a disused roller coaster ride, at the point where the coaster reaches the summit before it pauses, there’s a view of the Ayrshire countryside, adrenaline curses through the blood and there’s a vertiginous steep plunge down to the bottom. 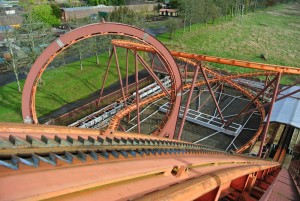 It is a fine vantage point to see the surrounding hills and woods in their autumn colours, the ruins of a 19th-century country house and the rest of the abandoned fairground stretched out before me.

I can see into a walled area with a crazy golf course disappearing under grass and bushes, a café and semi-dissembled rides, including one ride with its arms bent and bowed like a spider poised to scuttle across the surprisingly neat lawns.

It is a grand view and I am forced to enjoy it for longer than anticipated as I am trapped by an angry man below me. I am watching him tie up the fence to close the gap I had conveniently found and slipped through. I can tell he is angry by the jerking, yanking way he is twisting some cord round the fence. You can see the thoughts exploding in his head. 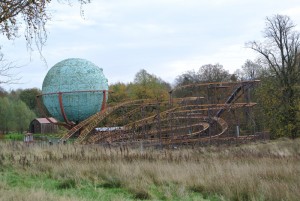 “These bastard people,” he mutters with every knot and twist of the cord.

He is unaware that one of these bastard people is sitting just above his eyeline. He only has to look-up a fraction and he will see me.

His bored wife stands back on the main path and taps into her mobile, resigned to waiting for her husband finish the task and no doubt complain about trespassers for the rest of the day. She too only has to glance-up to see me on top of the ride.

Their son runs round and every time he shouts “Dad” I think he has spotted me. Their Labrador rushes round with a wagging tail for his world is exciting and full of smells. 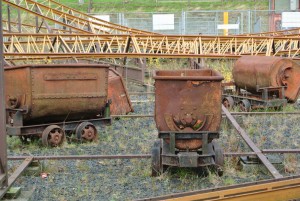 To be fair to the man it must be annoying living at the edge of an abandoned fairground, in the middle of the woods, and having to put up with trespassers, ruins explorers, fairground aficionados and all kinds of people drifting through for all kinds of reasons. So he has awarded himself the right to be the guardian of this empty quiet place, once filled with families and children.

It is taking him a long time to tie the fence back. I realise I have left my mini-rucksack at the top of the steps only a few metres away from him. How have they not seen me or the bag?

Then I think, maybe he has seen me and is teaching me a lesson by locking me into the ride, a silent revenge. 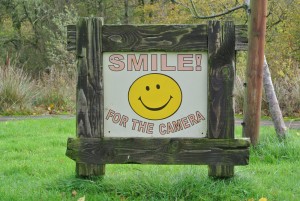 This is futile and absurd because you only need a minimal level of agility to climb over the perimeter fence.

Maybe he’s not seen me but what about his wife? Maybe it’s her silent revenge on the fool, enjoying the sight of watching me watching him. It’s a curious scene where no-one can be quite sure who is aware of the other. Finally, with a huge sense of satisfaction, and the pleasure that he has taught someone a lesson, his task is finished.

They walk away and a car drives-up. There is a long conversation with the driver.

Have I been spotted by someone else and a local vigilante group are gathering in numbers? I wonder what he would do if he caught me or if I decided to climb down and say hello. His angry spluttering would turn into a sanctimonious and triumphant shout.

This would of course be the least frightening thing he could do. It would be rubbish frankly. The police would take a while to come so would he try and keep me there by force? This would only increase his frustration and make him more obsessed with these damn people infiltrating the fairground.

Instead, what he should say is: