Witch vs. Scientist in the Battle for the Loch Ness Monster 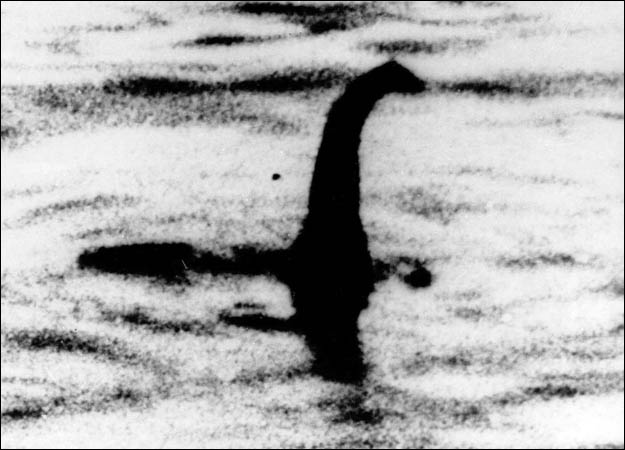 Witch vs. Scientist in the Battle for th ...

Hastings resident, Kevin Carlyon, high priest of the British Coven of White Witches and former wrestler, was born under a full moon in an outside toilet.

On his website he tell of how, as a young boy, he caught his father with another woman. When he told his mother what he’d seen, his father yelled abuse at him. In the kitchen the next day, Kevin told his dad ‘You are going to burn’. At that moment his Dad’s shirt caught fire on the gas hob.

That was when young Kevin realised his awesome power.

Despite these tumultuous origins, he dedicated his life to using magic for good, offering tarot readings, spiritual counselling, weather spells and other essential jobs.

In 2001 he travelled to Loch Ness in Scotland, where Aleister Crowley had made the Boleskine Estate his home between 1899 and 1913. [Carlyon would later go there again to exorcise a haunted hotel bed which had belonged to Crowley, part of a stash of furniture from Boleskine on sale for £666.66.]

A Swedish cryptozoologist called Jan Sundberg believed that Nessie was “a large type of eel” and could be found using sonar technology and trapped in a net, just like a regular eel. He put together a team which arrived in Scotland with the latest high tech equipment, hoping to prove the monster’s existence with a DNA sample. It was known as Operation Cleansweep and you can read about it here.

This project angered Carlyon, who believed Nessie should be left alone to nourish the world with its myth, not become subject to probing by scientists. To ensure the beast was protected he arrived at Loch Ness at the same time as the scientists and began casting spells, much to Sundberg’s indignation.

“I really don’t know what a witch is doing here,” Sundberg complained.

Things came to head when, confronting Carlyon at Drumnadrochit marina, there ensued a heated argument between witch and cryptozoologist, dubbed the ‘clash of the titans’ by the tabloids. But there was no convincing Carlyon to change his mind. Dressed in white robes he formed a circle of stones and invoked earth, air, fire and water to unleash his ultimate blocking spell.

Sundberg’s plan was foiled. There was no beast to be found.

After a few years passed, Carlyon regretted his actions. Without appearances by Nessie, the public were left without a beloved legend. To put this right he travelled again to the shores of the Loch, where he partially unravelled his spell, leaving Nessie free to appear, but with some remaining protection from scientists.

But the rate of sightings continued to dwindle, prompting Kevin the Witch to further modify his spells and lure the monster back into action, not unlike an attempt to lure an ageing rock legend back on stage for a final tour.

In 2010, he told the media of plans to awaken the monster through a series of pirate radio transmissions, which it would pick up telepathically.

“I believe the monster is a spirit that lives in the loch”, he explained, but his campaign was scuppered when Facebook pulled down his page.

This might explain the fallow period that followed, where there was not a single sighting for almost two years.

The monster, barely visible at the best of times, had disappeared.

Soon The Daily Mail began to panic. IS NESSIE DEAD? they wondered. To make matters worse for The Daily Mail, there was some suspicion that the beast had emigrated to Australia.

A photo taken in the waters near Magnetic Island of Queensland showed a creature that looked uncannily like our Nessie.

First Phil Collins absconds to Switzerland in 1997. Now this.

There was some relief last year, when beast hunters Peter Thain and Andy Dixon spotted it on an iPhone satellite map app: a shape beneath the surface, cutting a wide wash off the shoreline.

Good news at last. It was time for East Sussex’s white witch to return to his celebrity client.

Gareth E. Rees is author of Marshland: Dreams & Nightmares on the Edge of London. His work appears in Mount London: Ascents In the Vertical City, Acquired for Development By: A Hackney Anthology, and the album A Dream Life of Hackney Marshes. His essay ‘Wooden Stones’ appears in Walking Inside Out: Contemporary British Psychogeography.