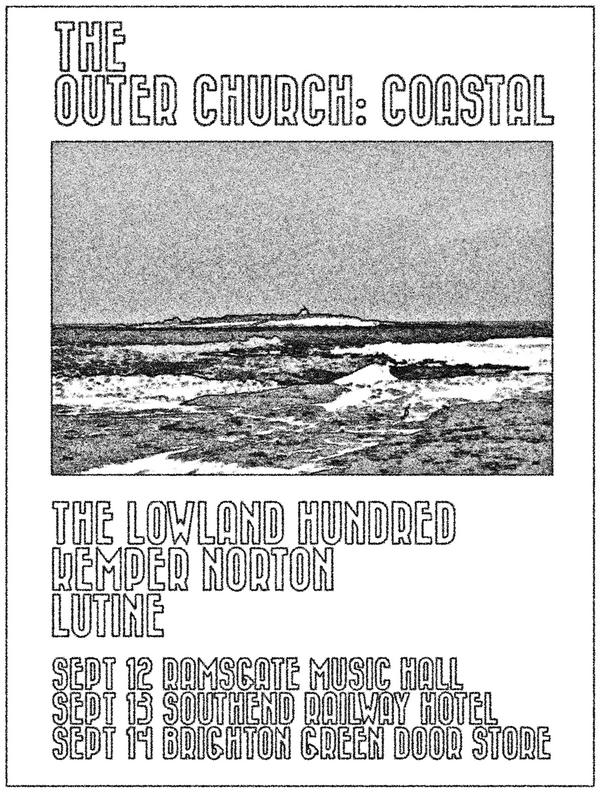 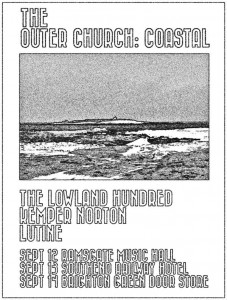 I’m honoured to have been invited to read aloud some new pieces on the forthcoming Outer Church tour.

Here are the dates and links:

As a taster, here’s Part One of The Lowland Hundred’s latest album:

…and Lutine’s new single and video:

As for me, I’ve prepared some Unofficial Britain pieces about Valhalla on the Rye Coast, estuaries of the human body, the Sussex coastline as a deathscape and an ode to the sea that includes the word ‘sea’ repeated an awful lot.