The Journey of a Memorial Bench, from Woodland Walk to Basement Techno 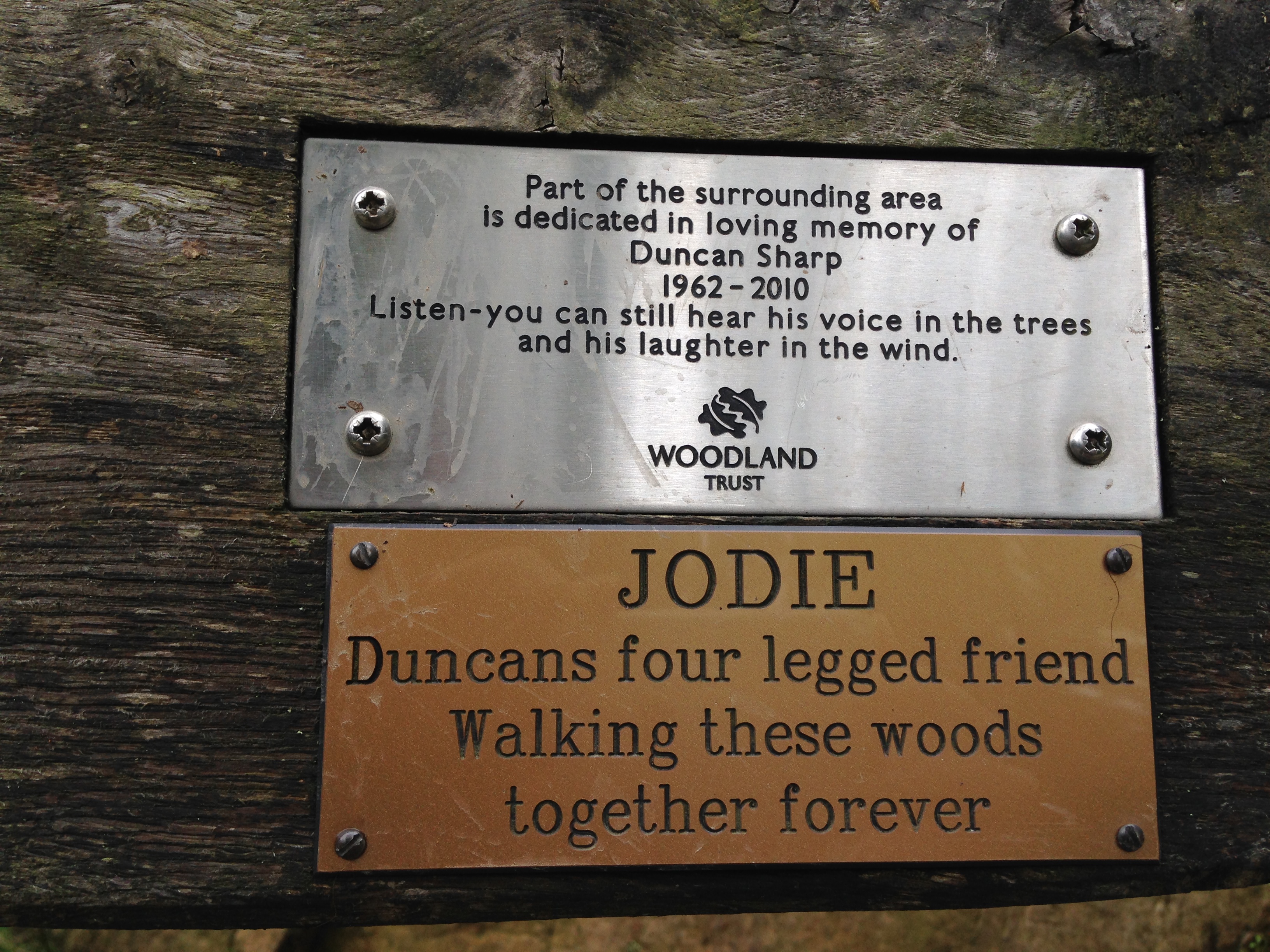 The Journey of a Memorial Bench, from Wo ... 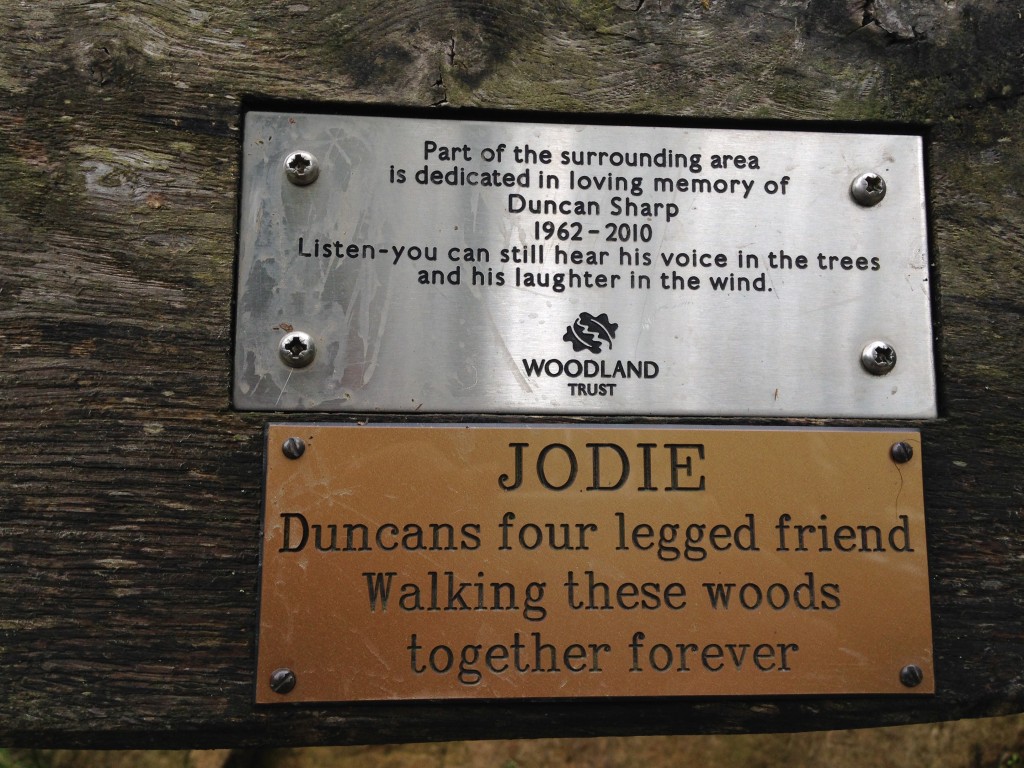 In 2014 I went on a long walk through Brede High Woods in East Sussex, where I stumbled upon a memorial bench to a man named Duncan Sharp, upon which rested a poem and a hand print, presumably that of the deceased.

After the bench I was followed by a nervous dog (the memorial bench was also to Duncan’s dog, Jodie), discovered a strangely-placed bag of prescription medicine on a tree trunk, and was startled by a herd of deer. It all seemed connected, somehow, to that memorial bench.

I wrote some notes up as a blog post on Unofficial Britain, which you can read here.

A couple of years later, I was asked to contribute some text to an artwork to accompany David Fyan’s Ruins of Tallis, a drone track released on the Broken20 label. Looking at David Fyan’s artwork, which included an antler and a medicinal bottle, my walk in Brede Woods sprung to mind. So I turned that blog post into a piece of flash fiction, called A Vision of Duncan Sharp, which you can find here.

In the fictional twist, Duncan – or at least my idea of Duncan from the memorial bench – came back to life as a spirit of the woodland.

But that wasn’t the end of Duncan Sharp’s spirit. Somehow, this story keeps mutating and growing, as if possessed with its own life.

In the summer of 2017, I was asked to contribute some spoken word to the music of Fireflies (Nina Walsh and Franck Alba) when they performed at a ‘Weird Shit’ night in the basement of Borough Wines, Hastings.

Knowing that the music would be dark and atmospheric, I used the text of A Vision of Duncan Sharp… chopped up, remixed and improvised… with the results you can hear below – a deep, pulsing techno ghost story.

This track debuted on Andrew Weatherall’s monthly NTS radio show, Music’s Not for Everyone, which you can listen to here.

What started as a simple woodland encounter with a memorial bench became a blog post, became flash fiction, became an accompaniment to an artwork, became basement techno, played on internet radio by an electronic music legend.

But this is what fascinates me about memorial benches…

When people create memorial benches for loved ones, they create public works of art – crafted physical objects with written text, placed in significant locations for the deceased. In doing so, they invite an emotional reaction from complete strangers, like me, who become the readers of these texts and interpreters of the work, using imagination to fill in the gaps and bring the deceased to life, based on their own fears, desires and experiences. The Duncan Sharp in my fiction is somewhere between me and the real person, a character borne of that interaction between landscape and the mind.

By imagining Duncan Sharp, I animated a spectral muse with a life of his own, who keeps returning in my writing and performance, wonderful and unstoppable.

Gareth E. Rees is the author of The Stone Tide, out now on  Influx Press

An ingenious meld of fact, fiction and various unrealities, The Stone Tide is a bold and inventive read, incredibly imaginative and poignant.
– Warped Perspective, read the FULL REVIEW HERE.

The Stone Tide is a hybrid of the richest, wildest sort, part memoir, part fiction, all broilingly mad. It starts with a death and ends in ecstatic vision. Chapters modelled as comic strips, historical docu-fictions and MRI-induced dreamquests come spilling from the page, like the track listing of some impossibly eclectic vintage prog LP.
– Storgy Magazine – for the FULL REVIEW, click here.

Incredibly written and suffused with arcane references, this novel is an extraordinary example of psychogeographic fiction as well as a profound meditation on grief, history and the imagination.
– Turnaround UK’s ‘Fiction Pick of the Month’, March 2018