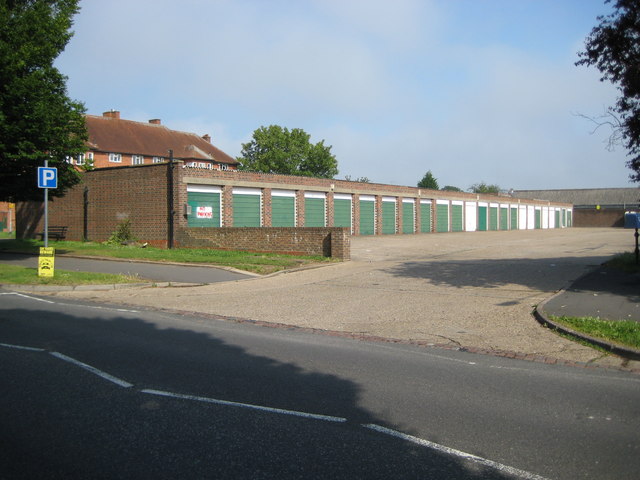 Arthur saw it first, or what was left of it after the digger had sheared through the legs. It sounded like squealing hydraulics, the visceral potential of the moment drowned out by machinery, and left long red smears across the digger’s shovel blade. The garages should have been cleared weeks ago.

No work was done for the rest of the day, once they called the police. They watched officers arrive, who called for more officers dressed in papery all-in-one suits. They smoked fags and passed comment as the officers tried to erect their tent on the rubble, gusts of wind conspiring to lift it away in a moment.

All that was after they’d had a look themselves, of course. Arthur hadn’t wanted to, because he saw the brightness of the blood before it darkened in the air, but what use is one in a crowd? So they’d picked around the rubble, lifted away what they could of it. Rubber-necking. Morbid curiosity. Just curiosity.

They searched around it at first, nervous about finding more flesh. They found bags, a sheet of blue tarpaulin knotted like rope, plastic bottles and a fork, the tines warped and disrupted. Under that were shattered VHS tapes, the covers torn but still recognisable: films from the generation that thought it was cool to take heroin. When self-destruction was exciting, not yet familiar. Arthur uncovered a box full of ceramic fragments, and found himself trying to piece together a hand-painted plate.

The discarded remnants of a house comingled with the effects of the body, masking the origins of both. The men bickered about who it was and where he’d come from until the tent was unearthed. A homeless man, must be. A vagrant. Some dropout hiding from the cold. Arthur shivered at the realisation, the conception of killing a man.

They had started work early, and they hadn’t checked the garages first. Why would they?

Home wasn’t far away, a fact that had been a blessing before. The police promised to take his statement quickly, but long hours passed before they released him. The rest of the crew were sent home long before, dispersing across the county like shrapnel from an explosion. Because it was him driving, his scoop of the shovel, that had killed her.

They knew it was a her now. Not who, not yet.

He sweated as he climbed Valley Road, doglegged on to St Giles Road. Shivering, clammy, uncertain. That was how he returned home, out of place in the warmth of domesticity. Lisa was drawing pictures, stretched across the floor, with paper all around. He saw rubble and red, quickly fled to the kitchen.

He whispered the details to his wife, feeling guilty because of it. You protect your children, don’t let them hear the truth of things until they’re ready. So with sibilance and hisses, he confessed. Embraced. Recovered. They ate dinner, like normal. After Lisa was asleep, they watched whatever was on. But there were bodies in all of it, ruins, echoes of things no longer abstract.

You could see over the rooftops, to the fields beyond, from the rec. It was a simple square of grass with a chipped and rusting playground, found at the end of the cul-de-sac there the remains of the garages stood. Lisa balanced on the top of the climbing frame, like always, tiny feet wedged into corners. They’d had to walk round and up the steps from Valley Road this time. It took no longer, but they never went that way, and the space felt different, estranged, because of their different approach. The little white tent was still there.

Lisa looked at distant copses in the fields whilst Arthur stared at the tent. Knowing what was under there – or what had been, because now there was only bloodstained masonry ­– denied it none of its mystery.

His daughter clambered down and ran to the roundabout, then the swings, rejecting both for a stick, which she used to jab the ground, as if it were a slumbering beast to wake up. Without looking up she asked her father, ‘Why did they move him when he was already buried?’

‘Who darling?’ He closed his eyes, pulled himself away to sit on a swing.

‘The dead body over there. That’s what happens when people die.’ She hacked symbols, their significance lost to Arthur, in to the dirt. ‘No,’ she said, ‘when you die you get burned and they put the ashes in a box, unless you’ve already been buried, and he was buried so they can’t burn him.’

He found the words stuck in his throat, the breeze cooled, the chains of the swing bit into his hips. ‘Did your mum tell you that?’ He stared at the rubber flooring, the grooves worn into it over decades.

‘I saw it on TV. They put the tent up, and then the police find the person who killed them and put them in jail.’ Satisfied with her work, she started trying to plant the stick, stabbing it into the ground roughly.

They took a different route home, following the path beyond the stairs, away from Valley Road. They walked along the front of the terrace, Arthur counting down doors until he found the right one. He shushed a nascent question from Lisa as he rang the doorbell.

The lady who answered had broken veins across her face, her cheeks flushed with rosacea. The house behind her smelt strangely, of roasting meat and laundry powder, the combination flooding Arthur’s mind with nostalgia and hunger.

‘I’ve been demolishing the garages out the back. I wanted to ask you something.’

She squinted at Lisa, then stared over their shoulders at sky. ‘I told the police already. No idea who she is, we’ve been using it for storage. I hadn’t been in it for months.’

Lisa tugged at her father’s hand, matching an unheard rhythm that Arthur ignored. ‘I know. It’s just, I wondered what you had in there. They were meant to be empty.’

‘Oh, right.’ She paused, weighing the question up, her expression setting off a rush of impropriety in Arthur. He was acutely aware of his daughter’s presence. ‘It was my dad’s things. Nothing of use to anyone, just stuff we never got around to chucking out. I was hoping you’d take it all away, to be honest.’

She laughed, the noise suggesting how pragmatic a man he must have been. ‘No, he was a bastard. Sorry.’ She glanced nervously at Lisa. ‘It was a long time ago anyway.’

‘Right, well sorry to have bothered you.’ He turned on the narrow concrete path and ushered his daughter between fuchsias and dahlias. She ran her hands over the petal, plucked a bulb of fuchsia before Arthur could stop her.

‘Why did you think he was an artist?’

He turned at the end of the path to reply, ‘Something I found in the rubble. It was, well. Someone made it. She must have, I guess.’

The woman nodded as she watched Lisa probe the flower in her hands, saw her absorbed. She said, ‘It wasn’t my father, I’m sure of that.’ The rest she mouthed in silence, Hung himself, her eyes widening.

Arthur nodded back, unsure of how to react to the confession. Unsure if he wanted it, or why he had knocked on her door at all. The woman vanished back inside as Arthur lead Lisa back the way they had come.

Lisa asked him, ‘Did she know the man in the tent?’

Arthur said, ‘No more questions. Your mum will be wondering where we are.’

Come the next week everything was as they had left it, except the body was gone. Fragments of crockery were scattered across the site. A shattered VHS case had left Ewan McGregor to hunch against the breeze, his vest doing little to cover his scrawny frame. They had milled around for as long as possible, discussing every aspect they could think of – made harder by the scant information the police had deigned to pass on – before finally returning to work. Arthur didn’t tell them about the women, or her father.

He felt something jabbing into his leg when he sat down, and pulled the fork out. One of the lads must have left it in the cab during an idle moment. The splayed tines no longer seemed misshapen to him. Neither his shovel nor a collapsing building could have done that after all. This was the dead woman’s handiwork, whatever her reasons for it were.

He tucked it into a pocket and set to the levers of his digger. The scoop lurched and juddered upright with an animated, artificial quality. He cast it down, looking for a purchase and froze. There was only masonry to move. The rubble was all red, saturated so it was impossible to tell which pieces were clean. Which had killed a woman and which had not.

The crashing of stone being tossed into a skip echoed off the sides of houses, falling back on him so that everything became like the collapsed garage. An image of the digger’s cab being crushed under a pile of boulders struck him and he panicked. He was out of the cab, darting to the rec, then down the stairs and towards the fields before he knew it.

There was a hole in the fence at the end of another strip of garages, a clear line where the village ended and the fields began. His feet sank into the mud as he crossed it, the earth not yet done with recent rains. He walked on, faster and faster until he was running, stumbling through long tendrils of dead grass.

At the top of a rise, in the space before the A1 would divide the land again, he found a copse. The branches of the low trees coiled around each other, sheltering weeds, snatching passing plastic bags and crisp packets from the breeze.

In the middle he found a clearing, a space too tidy. He was hidden from sight here, the effect quickly calming him. The ground, he saw, was flat, brushed smooth in a square shape. And there, glinting in a corner – for he realised this space had something as geometric as a corner, that it had been shaped that way – a tent peg.

He knelt to retrieve it, feeling a sharp jabbing in his leg. He took the fork out of his pocket, and started to carve shapes into the soil with it. It didn’t matter what, the action gave the lines meaning. But the shapes revealed sense, or his eyes created it. He dirtied his palms rubbing out the loop of a noose, the potential of a figure, the parallel lines.

When he was done there was nothing of sense left. He stabbed the fork into the ground, remembering the look of deep satisfaction on his daughter’s face as she had done the same. Conflicting needs to let something out and give it away grew heavy in his mind, as he began to walk home.