Lost London: a Victorian Street for Friggers and Radicals 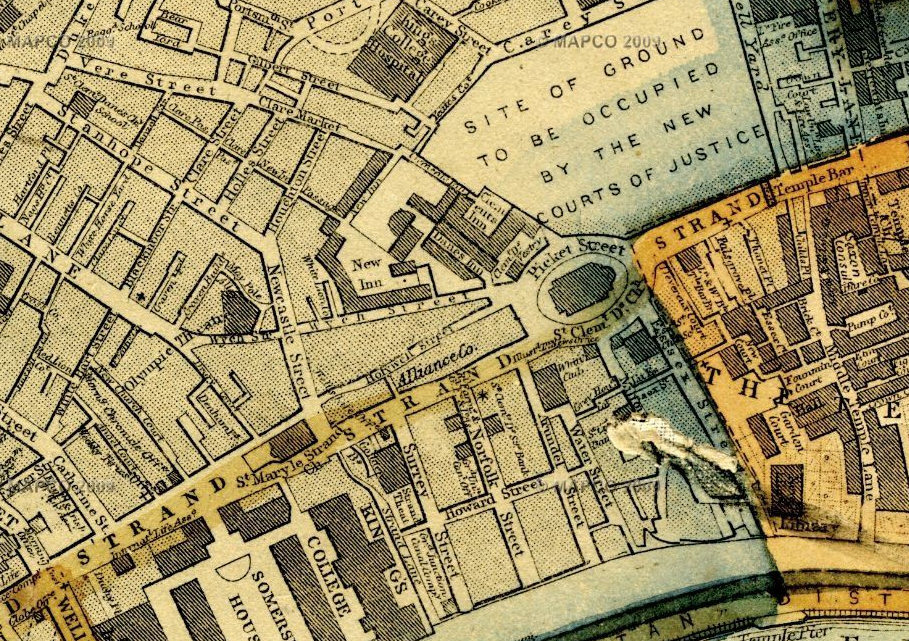 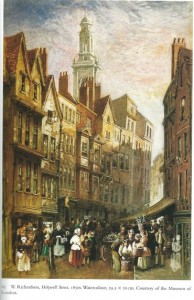 Now a street in London’s lost history, Holywell Street was a narrow alleyway once notorious for radical politics and erotica…

Holywell Street was set amongst the kind of narrow, twisting streets and dingy courts that could shelter the denizens of many a dubious trade. With its overhanging fronts it was old, squalid, cramp London from the Elizabethan age, just off the fashionable Strand which was far more the bustling metropolis of a modern world city desired by the authorities.

It was named after one of the local holy wells, the sweet and sacred waters of St. Clements Church that still survives on the Strand today, and gave Holywell Street its nickname of the Backside of St Clements. 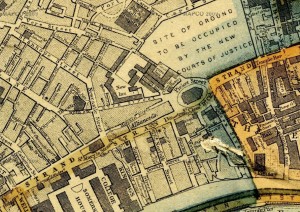 Even as many political movements ultimately failed, and Holywell Street followed the money and turned more to erotica as a more lucrative trade, it still retained its radical satire. Erotica would later evolve into the better-known domain of Victorian aristocratic pleasure seekers with gentleman collectors such as Henry Ashbee, overlapping with the aesthetic decadent works of artists such as Aubrey Beardsley. 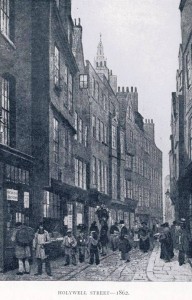 The biggest figure amongst Holywell Street’s publishers was William Dugdale – a forger, radical, plagiarist, pornographer and general shady character of the Victorian underworld. Henry Ashbee, the obsessive collector of erotica and works and also suspected to be Walter in My Secret Life – a sprawling secret sexual memoir of a Victorian gentleman, described Dugdale as “one of the most prolific publishers of filthy books”.

It couldn’t last forever. Dugdale, undeterred by regular prison sentences and stock seizures, was on trial again in 1857. His judge, an outraged Lord Campbell, regarded his trade as “a sale of poison more deadly than prussic acid, strychnine or arsenic”. It was also feared that this poison would excite the modern woman, already an emerging threat to the stability of the realm, to dangerous levels of lust and promiscuity. 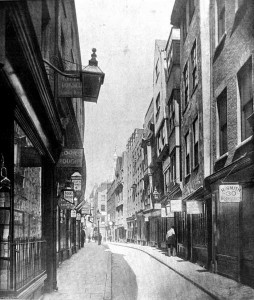 Lord Campbell, along with the Society for the Suppression of Vice, introduced the world’s first law criminalizing pornography, the Obscene Publications Act 1857, and, for the first time, it gave the courts power to seize and destroy offending materials. Even at the time the law was strongly opposed and its legacy continues to cause controversy about what in Britain could be judged obscene, by whom and on whose behalf.

Dugdale died in 1868 in the Clerkenwell House of Detention, a Victorian prison whose underground catacombs still survive but are sadly inaccessible to the public. By 1901 Holywell Street was gone, subsumed by the widening of the east end of the Strand. The new Aldwych that survives today was grander, more manageable yet a dull institutional London.

The erotica trade, looking for new alleyways to thrive, started eyeing up the possibilities in Charing Cross Road and Soho. A new era was about to begin.