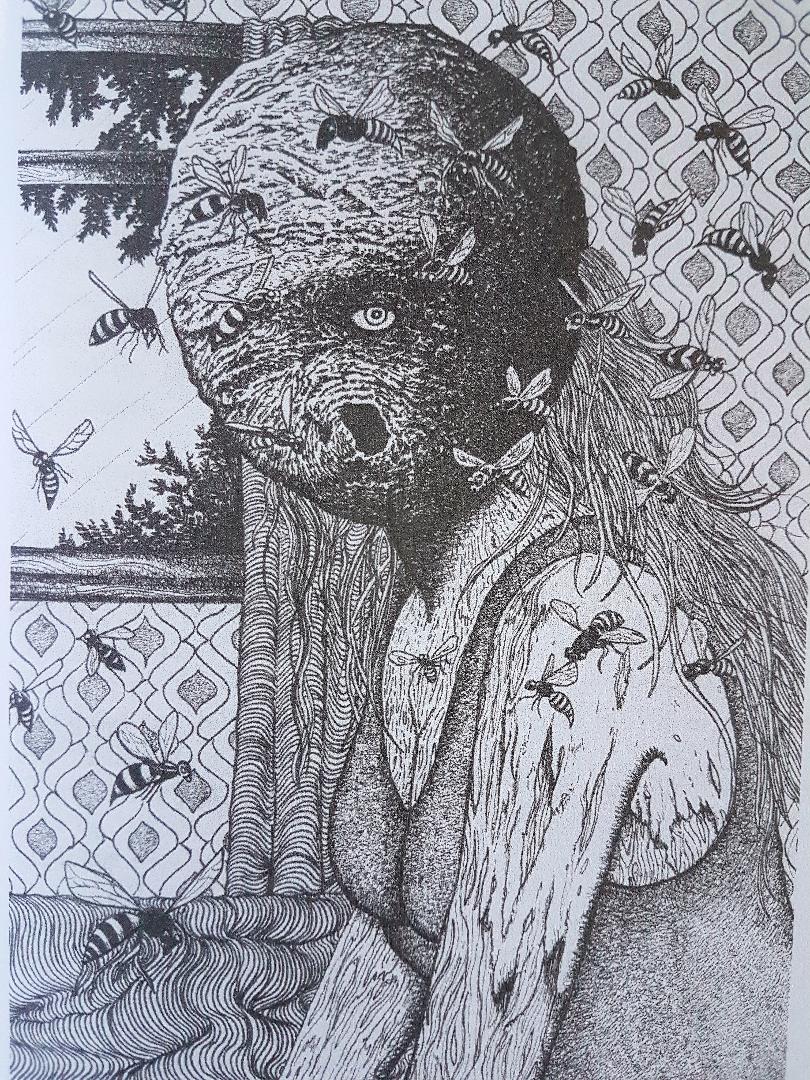 This month I’ve come into possession of two strange, unconventional calendars that turn the year inside out and upside down. 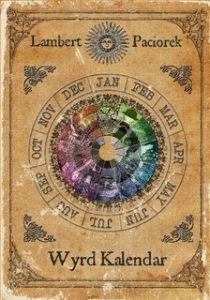 Wyrd Kalendar is written by Chris Lambert, the man behind Tales from the Black Meadow, which featured in a very early Unofficial Britain Post here. Together with the talented illustrator, Andy Paciorek, he has created a phantasmagorical guide to the twelve months of the year.

Wyrd is the watchword here. This is not the reality you recognise, but the truth you feel beneath the surface. Each month comes with its own short story or poem, characterised by murderous, bloody and sinister themes. Some are starkly modern, others feel like folk tales from yesteryear.

The jaunty song-poem that comes with May, for instance, describes the arrival of Auntie May at the house. After a little singing she becomes a maypole for the benefit of the dancing children and then winds up beaten to a pulp and her blood added to tea.

A similar feast of cannibalistic horror will also greet you in October on Feast Day, while June is all about wasps, but not in any way you could possibly predict. 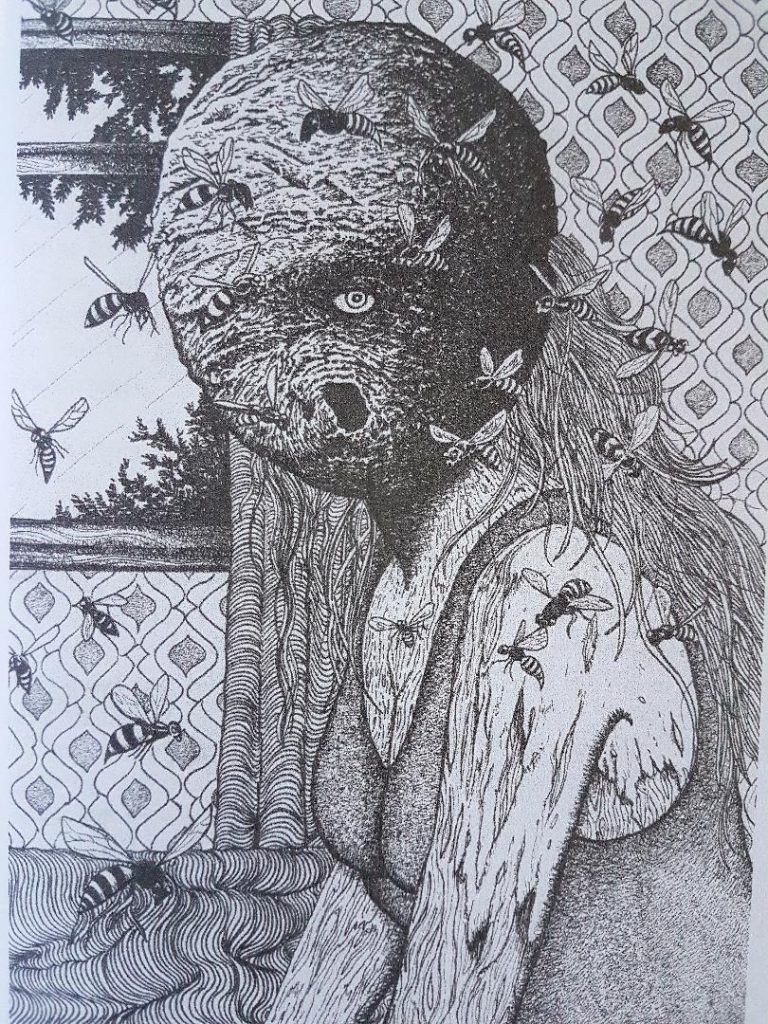 Fans of all things folkloric might recognise Chris and Andy as major players in the Folk Horror Revival scene, of which this book forms another essential part.  Add it to your collection – order the book from here. 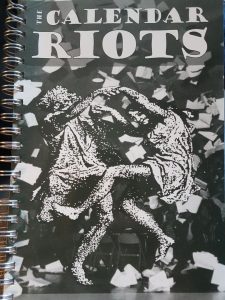 The second calendar was given to me by Lee, head honcho of the excellent Printed Matter bookshop in Hastings – check them out here.

Some text on the cover sums up the purpose of the book: “a work entirely calculated to excite unbridled license in grown persons and promote immorality in the young ones of both sexes, decorated with numerous copper plates, curiously and elegantly engraved.”

The idea is to turn every day of the year into a form of “shirker’s holiday” in which there will be some reason to take time off work to celebrate.

Throughout the book, each day comes with at least one or two historical events you might consider reasons for cancelling everything and raising hell.

The 31st of July marks the date that Daniel Defoe was forced to stand in the pillory for writing The Shortest Way with Dissenters, and a sympathetic crowd pelted him with flowers instead of mud and rotten vegetables. 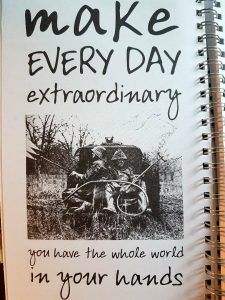 Or the 2nd of October is “The Nottingham Goose Fair” which dated back to Anglo Saxon times and was cancelled by Calendar Reform in 1752. The day celebrated “an angler who hooked a pike from the River Trent only to find the fish, line, rod and himself carried off by a wild flying goose and dropped uninjured in the Market Square.”

At heart, this DIY punk troublemaker of a handbook is an act of resistance against the way capitalism has stolen much of our time, eroding many of the folkloric celebrations that used to keep us merry throughout the year.

To get hold of a copy… well… that’s going to take a trip to Printed Matter in Hastings where it will be yours for free.

Gareth E. Rees is the author of The Stone Tide, out now on  Influx Press

A brave, inventive and profoundly moving book, new English landscape writing at its most expansive and necessary. Gareth E Rees is a post-punk Sebald.
– Ashley Stokes, editor of Unthology

This collision of the fabulous with everyday life of television, DIY, pubs and hospitals, encapsulates Hastings, whose layers of national history and local legend are uncovered by the narrator, whilst at the same time excavating his own past.
– The Fortean Times, May 2018.