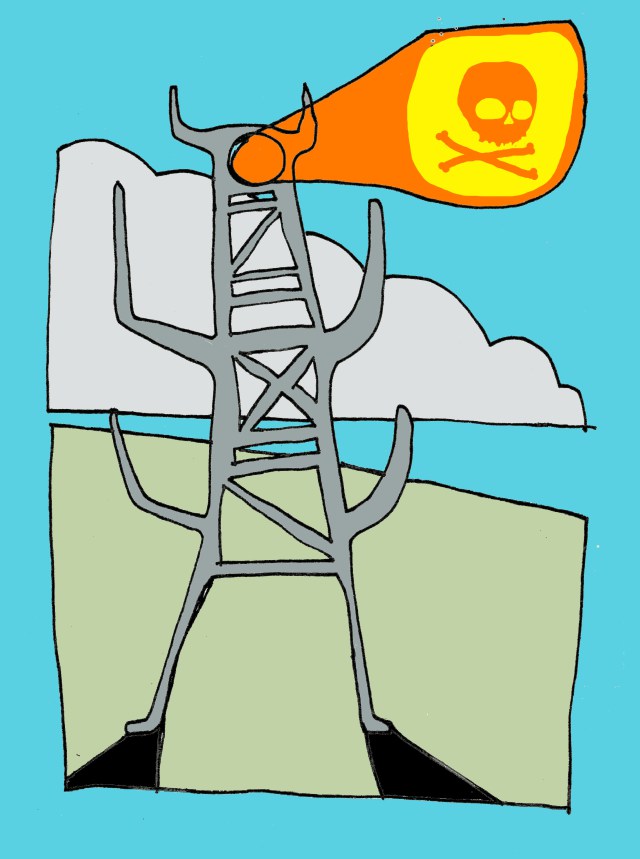 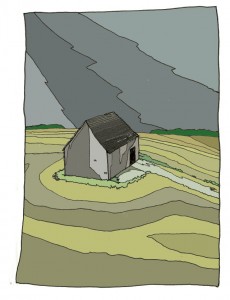 Maxim Peter Griffin is an artist, cartographer and walker based in Lincolnshire. He catalogues the contours, colours and latent energies of his county’s landscape.

Fields. Motorways. Holloways. Paths. Pylons. He breaks them down to their essential geometries.

This is not a purely cartographic process. These images are what the artist describes as “wobbly”. They express a subjective human experience of the landscape, coloured by passion, terror, boredom, love, madness and magic. His lines aren’t static. They tremble. 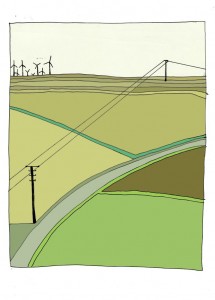 Van Gogh in the digital age

Griffin once joked on Twitter: “If I get any more deeply topographical, I’m going to turn into ore”.

I’ll admit, it wouldn’t come as a shock if I learned that he’d last been seen melting into a peat bog. His landscapes aren’t a separate other, they’re an extension of the self.

The Harrowed Path suggests an unsettled mental state as the walker proceeds down a holloway. Rain beats down on fields, viewed longingly through window panes. An owl barn looks stricken, isolated beneath a stormy sky. 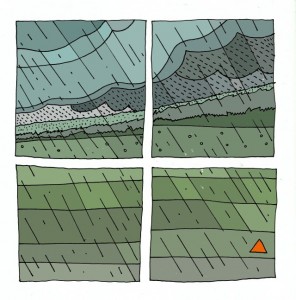 Other works are split into fragments, glimpses, hints and impressions – field notes to be assembled later. A piece of flint, studied up close, is an landscape in itself, made up intersecting contours and blocks of colour like farmer’s fields. Its shorn edge, a beach.

Flint is important, because it was an early technology, helping humans carve out their place in the world. Griffin revels in the idea of nature as a provider. Some of his pictures reference The Diggers, the agrarian socialists founded by Gerrard Winstanley. [The film Winstanley (1975) is well worth a watch here].

The Diggers saw the farming of common land as the key to freedom. The deeper our union with the earth that nourishes us, the better society can flourish, liberated from a tyranny where the means of production are controlled by the few. 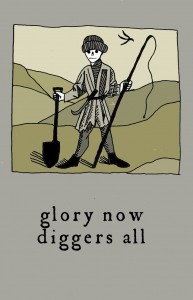 Landscape is a political issue.

This philosophy is at the heart of these field studies. Into earth, water, grass, stone and sky, Maxim Griffin blends human innovations such as pylons, telegraph poles, wind turbines and motorways. These things also sustain us. They are an integral part of our landscape, possessing symbolic, folkloric and occult potentialities.

Angry pylon gods shake their fists at the sky. Roads carve new ley lines across the old rural field boundaries. A signal mast watches over the hill like a sentinel. Something wicked lies o’er the untrammelled brow.

The walker becomes the watched.

For some of Maxim Peter Griffin’s extremely short films click here, read this