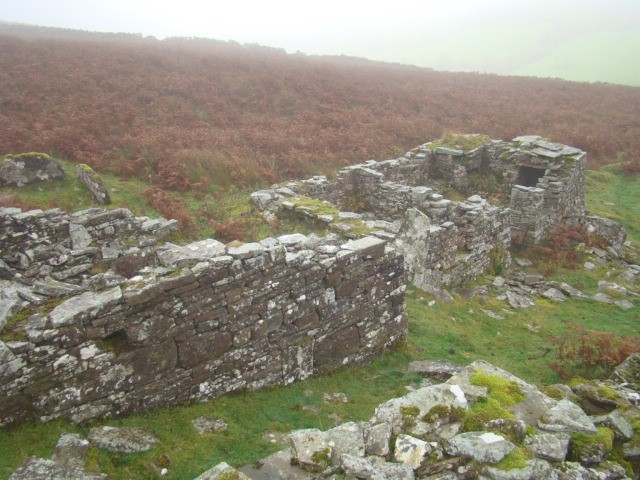 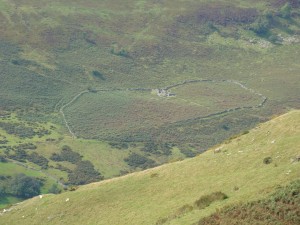 Transcript of a talk given at the Tertulia: Radical Pastoral event on 13th September 2015 at the Arnolfini, Bristol.

In Museum Without Walls, Jonathan Meades contends that “We are surrounded by the greatest of free shows. Places. Most of them made by man, remade by man.” And yet, many of these places, these landscapes are hidden in plain sight; we pass by or through them every day, too busy or unknowing or perhaps not caring to linger and wonder, and explore.

The artist Paul Nash described this concept of ‘unseen landscapes’: “They belong to the world that lies, visibly, about us. They are unseen merely because they are not perceived; only in that way can they be regarded as invisible.”

Commenting on the countryside of the counties close by to London, the Victorian nature-writer and rural proto-psychogeographer, Richard Jefferies, noted that, “It would be very easy to pass any of these places and see nothing, or but very little.” 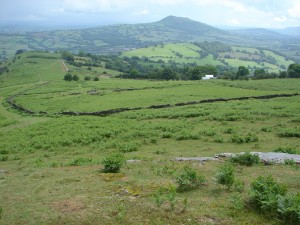 I’m going to illustrate this idea of hidden topography by presenting a few examples from the historic landscape around Llanthony Priory in the upland setting of the Black Mountains, in the border country of the south-eastern Welsh Marches.

The Priory itself, although spectacularly located is in many ways a conventional ‘heritage’ ruin: A feature of the touristic landscape of the area, from the Sublime-Picturesque era of Turner et al through to the current day National Park vision of unspoilt landmark countryside. A picture of outstanding – apparently ‘natural’ – beauty in a classic pastoral setting.

In The Journey Through Wales, written in 1188, Gerald of Wales set the scene for this later deification of this special place, memorably describing the Priory as “In the deep vale of Ewias, which is shut on all sides by a circle of lofty mountains and which is no more than three arrow-shots in width…” 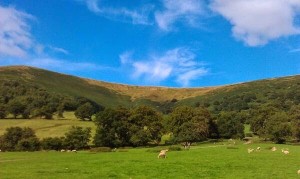 My gaze though is drawn away from the populated ruins into the background haze of the landscape. Looking north-eastwards from the Priory ruins to the ridge, England just over the horizon, the view beyond sheep pasture and mature trees is of a dip in the skyline, the hillside incised by a number of steep gulleys.

This is Cwm Siarpal, the backdrop to a thousand photographs, traversed by several footpaths up to the high ground and yet largely an unknown place to visitors to Llanthony and walkers going up to or coming down from the Offa’s Dyke long-distance path on the ridge.

An unmetalled track runs from the Priory up the cwm to a lonely farmstead hidden behind Wiral Wood. As the track bends sharply to the right at the break in slope it passes a collection of ruinous buildings. 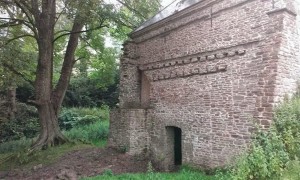 On the face of it, just another abandoned farm, a fading ghost of upland toil. However, this architectural relic has a more interesting back story.

In 1809 the forgotten and quietly declining backwater estate of Cwmyoy-Llanthony was purchased by the Romantic poet and prose writer Walter Savage Landor. He had ambitious plans to create a grand country estate, reinvigorating the neglected woodland of the valley with the eventual preposterous sounding aim of adding two million trees to the landscape. The jewel in the crown was to be his mansion at Siarpal, the building that now stands ruinous in this quiet corner of the valley. Landor played host to a number of house guests, including the poet Robert Southey, but there is no indication that the dwelling was ever completed and he left Llanthony after five years bitter, bankrupt and never to return. 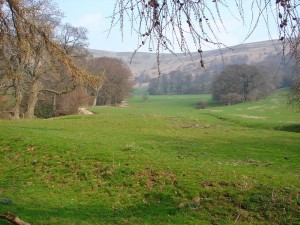 Iain Sinclair provides a distinctive fictional account of Landor’s vision for the house and wider estate in his novel Landor’s Tower:

“He saw the avenues of his planting, pastureland and parkland declining to the ruined priory. Here is my place. Siarpal. A mansion, commodious but plain, facing the warm south, respecting the nature of the chosen site.”

Once you are aware of this two-hundred year old story the wide parkland vista narrowing to then reveal the site of the unrealised handsome mansion, as the approach track curves its way uphill, can still be clearly imagined walking up to the ruin from Llanthony. A noticeable number of the beech, cedar and larch that Landor had planted have survived and are now magnificently mature specimens. 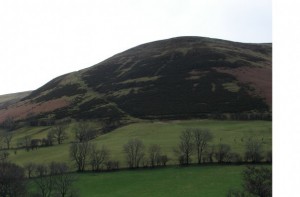 Climbing the hillside from Llanthony and all along the twelve sinuous miles of the Vale of Ewyas can be seen dozens of diagonal tracks stoically ascending to the ridges that span the length of the valley. I say ‘can be seen’, but in fact these are further hidden landmarks. These ways – known locally as rhiws – are all around but remain unseen to most visitors; liminal lines in the landscape of the steep valley sides with no meaning or discernible pattern to the casual eye. They form a network of shadow paths, many now no longer or rarely used other than by a small number of local shepherds and farmers, often not appearing on any map.

In the Black Mountains, a rhiw is a route uphill, originally navigable by foot, horseback or sledge, often from a farmstead or a gathering point for stock: carved into the landscape over long years of toil as local populations moved from their valley fields to win peat and rock from the high ground or transport their livestock to and from summer grazing in the wide open spaces of the upland ridges. 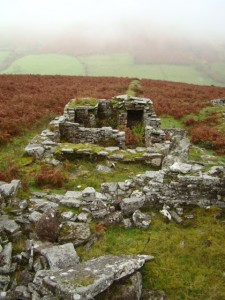 Such tracks are commonly named after the place they start, local appellations developed by and often known only by the generations of farmers and shepherds for whom they were part of their daily workplace. Some may well have even more ancient antecedents, part of long-established, regional communications networks; certainly medieval, maybe prehistoric, of time out of mind.

Nearby, in the Wye Valley, a similarly hidden ghost road, The Stony Way, links Tintern Abbey with its outlying manors and granges. Once a busy thoroughfare but now an un-trodden backwater track, within earshot of the Tintern coach parties busily arriving and departing to their tight schedules.

Walk these rhiw paths and you will almost certainly come across further ruined buildings, cairns and enclosures; everyday archaeological artefacts in the landscape. I have been exploring the possible relationship with the medieval Priory of three ruinous upland steadings in the area: whether they could be granges or similar outlying farmsteads: relics of monastic economic activity and agricultural development. But also pondering what is their legacy in today’s landscape, how are they perceived and what risks do they face?

The first of these is the possible foci of the small manor of Redcastle. 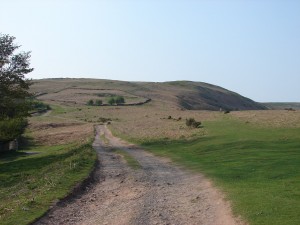 An enigmatic historical footnote, Rubro Castro was first recorded as a holding of the Priory in 1279, and also at Dissolution in 1539. This English name, unusual for the area, disappeared from use at some stage in the post-medieval period and so with it the exact location of the manor. A system of small, irregular fields encroaches into the high moorland 400 metres up, with a marked different morphology to the larger fields below.

centre (recorded as The Castle in 1775 estate sale papers) and the main ridge route to Llanthony – now part of the Offa’s Dyke National Trail, runs directly by. Downslope stands Pentwyn hill fort which, in this area of old red sandstone, may well be the origin of the name ‘Redcastle’.

Near the head of the neighbouring Olchon valley are the Old Abbey Fields, as recorded on the 1840 tithe map. A distinctive heart-shaped field system, noticeable only from high up on the Cat’s Back ridge on the other side of valley or from aerial photographs. Their curvilinear morphology differs from the intake fields at this height in the rest of the valley, suggesting an older origin.

A network of ruined buildings is consistent with the infrastructure of a grange or out-farm with access to extensive open grazing and pasture and a rhiw holloway dog-legging uphill to the main ridge route to Llanthony Priory. 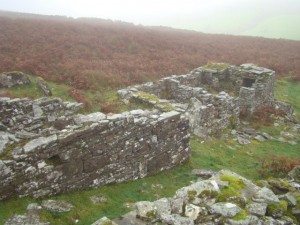 Above the old youth hostel at Capel-y-ffin north of Llanthony stands, or rather hides (unseen from the valley road below), another ruined farmstead called The Castle, with a similar morphology to the enclosure of the same name previously mentioned. Again rhiw tracks can be seen heading up to the open rough grazing land.

These enclosures may predate the monastic period with origins as Hafods, traditional seasonal summer dwellings whilst cattle and sheep grazed the upland grasses, or may be the result of piecemeal encroachment on common land during a period of agricultural and population expansion.

Whatever their history, they are an important, but mostly overlooked, part of the narrative of our upland landscapes.  What legacy do these landmarks of generations of working lives leave? How are they perceived by those who use and visit the National Park landscape now?

Such everyday features are relatively anonymous or missing from popular landscape narratives, and this raises questions about the way heritage is defined and promoted. They form a subliminal presence, like the surrounding farms, field boundaries, woodlands and trackways; there are no information boards or guidebook entries to enlighten or spoon feed the visitor. 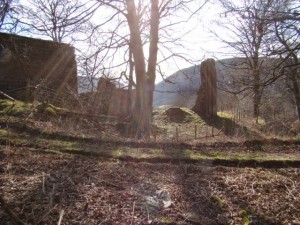 They are also often the victim of the silo mentality that can permeate landscape discourse and policy. For instance, in the Black Mountains there are tensions between nature conservation, agriculture and outdoor pursuit interests. Such areas are also targeted by the current ‘rewilding’ movement, which seems to have little place for cultural and historic elements, characterising our uplands as ‘deserts’ ripe for ecological re-colonisation.

At times it can feel as if even the more measured writers and commentators on landscape are propagating a credo of exclusivity and an ever-diminishing stock of special places of wildness and adventure, hidden to all but the skilled landscape horse-whisperer or wilderness reviver – Robert Macfarlane, George Monbiot et al. Perhaps, more than ever, there is a need to shout-out for and advocate a detour from the general flow of ecological gloom into the reality of the wild and less frequented landscapes on a human scale that are accessible to most of us, if only we would wander into what the mystic Welsh writer Arthur Machen called “solitude and woods and deep lanes and wonder” to reveal the hidden world that is all around us.

The last word to Jonathan Meades again: “Places are feasts for the spirit. Or can be, should be.” Maybe not a ‘radical’ thought, but certainly an antidote to pervasive clichés of the pastoral that conspire to hide the richness within our landscape in plain sight. 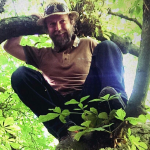 Eddie Procter is a PhD research student at the University of Exeter navigating the interface between landscape history and deep topography. He regularly blogs on landscape-related subjects at http://landscapism.blogspot.co.uk and contributes to other sites and publications. Maintaining upland footpaths in the Black Mountains occupies some of his spare time.