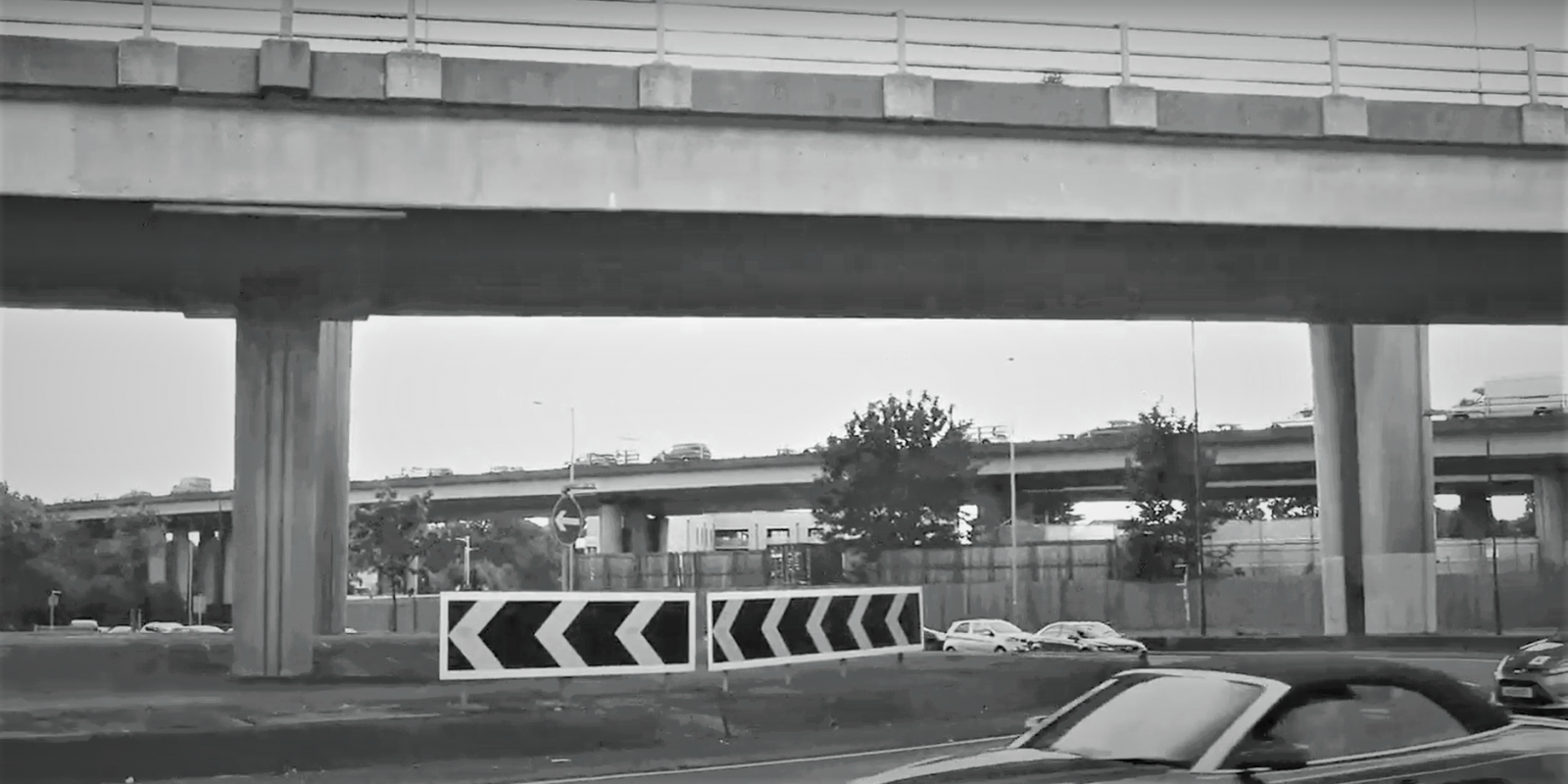 Between 2016 and 2017, musician Mark Williamson (AKA: Spaceship Mark) made a series of series of films from British accident black spots and other locations that feature commonly on traffic reports. Through their repetition and persistence in the media, the names of these seemingly unremarkable places have become part of the national consciousness.

Incidentally, two of the locations featured in Mark’s films – The Black Cat Roundabout and The Snake Pass – also appear in the forthcoming Unofficial Britain: Journeys Through Unexpected Places.

With their commonplace urban backdrops, unexpected mythology and history, blended with treated soundscapes of traffic noise, I think these films will be right up the alley of Unofficial Britain’s readers. And for this reason I am delighted to present them here for your titillation.

Traffic Report No. 4: The Sun in the Sands

Based in Todmorden, Mark Williamson is a sound collector, film maker, primary school teacher and geologist. You can find Mark on Facebook or Twitter or listen to his many albums here. He has also appeared regularly on this website. Check out these links below:

A sound walk on Walthamstow Marsh