The Warren is Empty: Watership Down and Fall of Efrafa 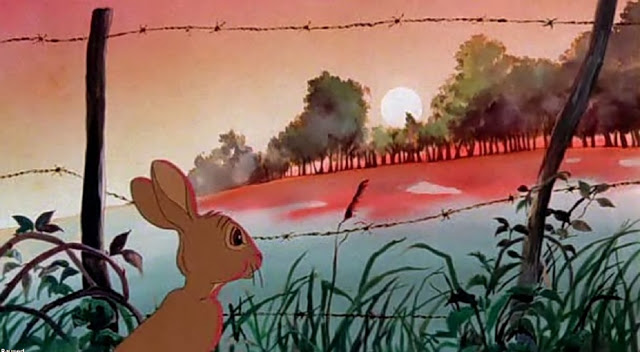 The Warren is Empty: Watership Down and ... 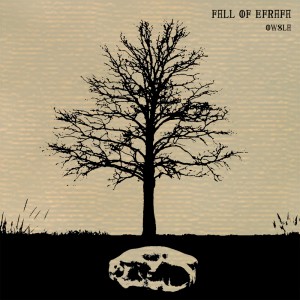 When most people my age think of Watership Down their minds tend to immediately turn not to the classic 1972 novel by Richard Adams, but to the animated film adaptation that traumatised legions of children with its melancholy English accents, rabbit visionaries and torrents of blood flooding over a bucolic countryside.

Or maybe that’s just me.

What fewer people know is that in the mid-to-late 2000s a bunch of atheist vegan hardcore punks from Brighton, heavily influenced by some of Adams’ ideas, took it upon themselves to record a trilogy of records entitled The Warren of Snares, under the name of Fall of Efrafa – Efrafa being the ‘fascist’ warren in the book run by grizzled lettuce-chomper General Woundwort.

Based on a loose interpretation of the mythology presented in Richard Adams’ books and drawing both song and album titles from the ‘lapine ‘ language of the rabbits (it turns out Adams created some pretty metal-sounding words), the three records present a fleshed-out political and social ideology, with numerous references to animal rights, a strong sense of militant atheism (one song, ‘Republic of Heaven’ has the line ‘your God is dead’ bellowed out a fair few times) and a full on attack against mankind’s destructiveness and an analysis of our relationship with religion and the fight against tyrannical forms of power. It’s cheery stuff perfect for parties. 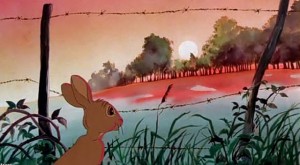 You may think the music most fitting a story of English rabbits fleeing their warren across a countryside under threat would be Fairport Convention-style folk-rock, or worse, earnest acoustic strumming. Not so with Fall of Efrafa, who’s sound is an explosive mixture of doom, post-rock and D-beat hardcore punk.

Think a mixture of Mogwai, Isis, Earth, Neurosis, Godspeed you Black Emperor! and Discharge. But about rabbits.

The three albums in the trilogy are Owsla (the elite warriors of the warren), Elil (enemy) and Inlé(the black rabbit of death) and make a transition form highly aggressive hardcore at the beginning to slow brooding twenty minute tracks with samples of Adams himself reading extracts, that owe far more to the post-rock genre than any punk band.

There’s a pleasing vein of British eccentricity to these records; the fact that a group of earnest young men put all this effort into a project that could have ended up ridiculous (but didn’t) is a great thing. And, if you don’t mind heavy stuff, the music really is good. Go listen.  It’s the perfect music for Fiver seeing that flood of blood swamping the landscape; and definitely more apt than ‘Bright Eyes’.

You can listen to Owsla in full here:

NOTE: After the trilogy the band disbanded, but singer Alex went on to form another concept-band with much the same sound called Light Bearer, this time taking their queues from Philip Pullman’s His Dark Materials books.