The United Kingdom of the Remembered Dead 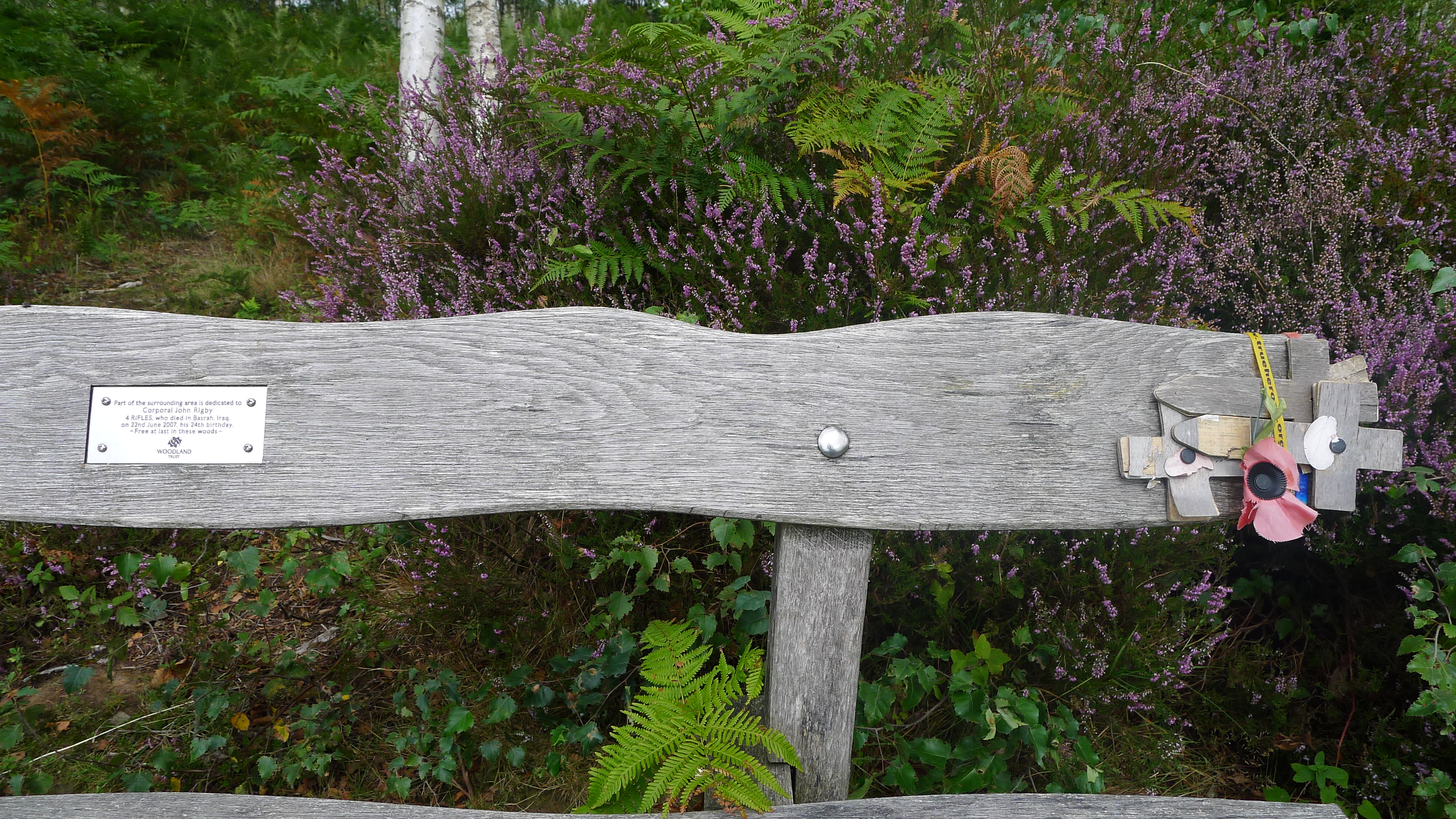 The United Kingdom of the Remembered Dea ... 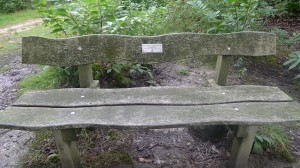 Walking the ancient Brede High Woods, in the High Weald of Sussex, I came across some memorial benches…

Nothing unusual in this. Their proliferation is what writers Ken Worpole & Jason Orton describe as a “return to older practices of informal memorialisation”, adding that “a re-inscription of the landscape, a new counter-reformation, is underway’ [The New English Landscape, 2013]

Most benches memorialise a viewpoint where someone might have sat and looked out over a landscape feature. For instance, “In memory of Sarah Richards, 1951-2012, who came here often” inscribed on a bench overlooking a harbour, indicates that once Sarah sat and looked out at this vista.

The suggestion is that the passer-by who sits on this bench somehow invigorates the memory of the deceased. It’s not as much the wooden bench that represents the memory, but the viewpoint of the living sitter, looking outward.

The surviving loved ones who commission the bench can console themselves with the idea that strangers will share Sarah’s view, even if they’re not conscious of the inscription…. even if… in reality… that person gets out a marker pen and scrawls SHAZZER 4 SPACEBASTARD onto the wood. 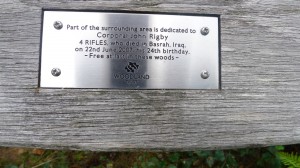 In his essay ‘Landscape, Absence and the Geographies of Love’ [2009] John Wylie writes that memorial benches promise everlasting love on the part of the survivors, but that this is an “unrequitable gap”, because the dead person is not there. He calls it the “absence at the heart of the point of view.”

However, the memorial inscriptions in Brede High Woods strike me as unusual, because they’re less about the point of view. Instead they stake a claim over the surrounding territory. 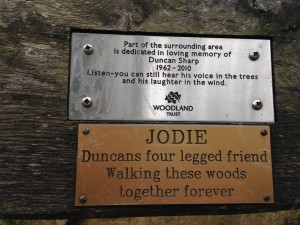 They all begin: “Part of the surrounding area is dedicated to…”

What does ‘part’ mean? What determines the ‘surrounding area’?  What’s the implied circumference of the boundary?

Can the Woodland Trust parcel up physical space and give it over to the dead? I suppose they can. They’re stewards of this land.

But the borders of these mini memorial micro-nations are vague and unspecific. If Worpole’s reformation continues unchecked, then Woodland Trust areas like this will become memorial hot-spots. It might then become possible for one memorial bench, placed too close, to encroach on the territory of another.

Should this happen, expect scuffles between ghosts. Wild hooting at night. Barking dogs. Erratic winds. Then, after the scuffle ends, some kind of rapprochement where the warring memories join forces, merging their territories.

Eventually, the whole woodland will become a United Kingdom of the Dead. And the living, trespassers.