The Mystery of the Black Arches: an 18th Century Sussex Hoax 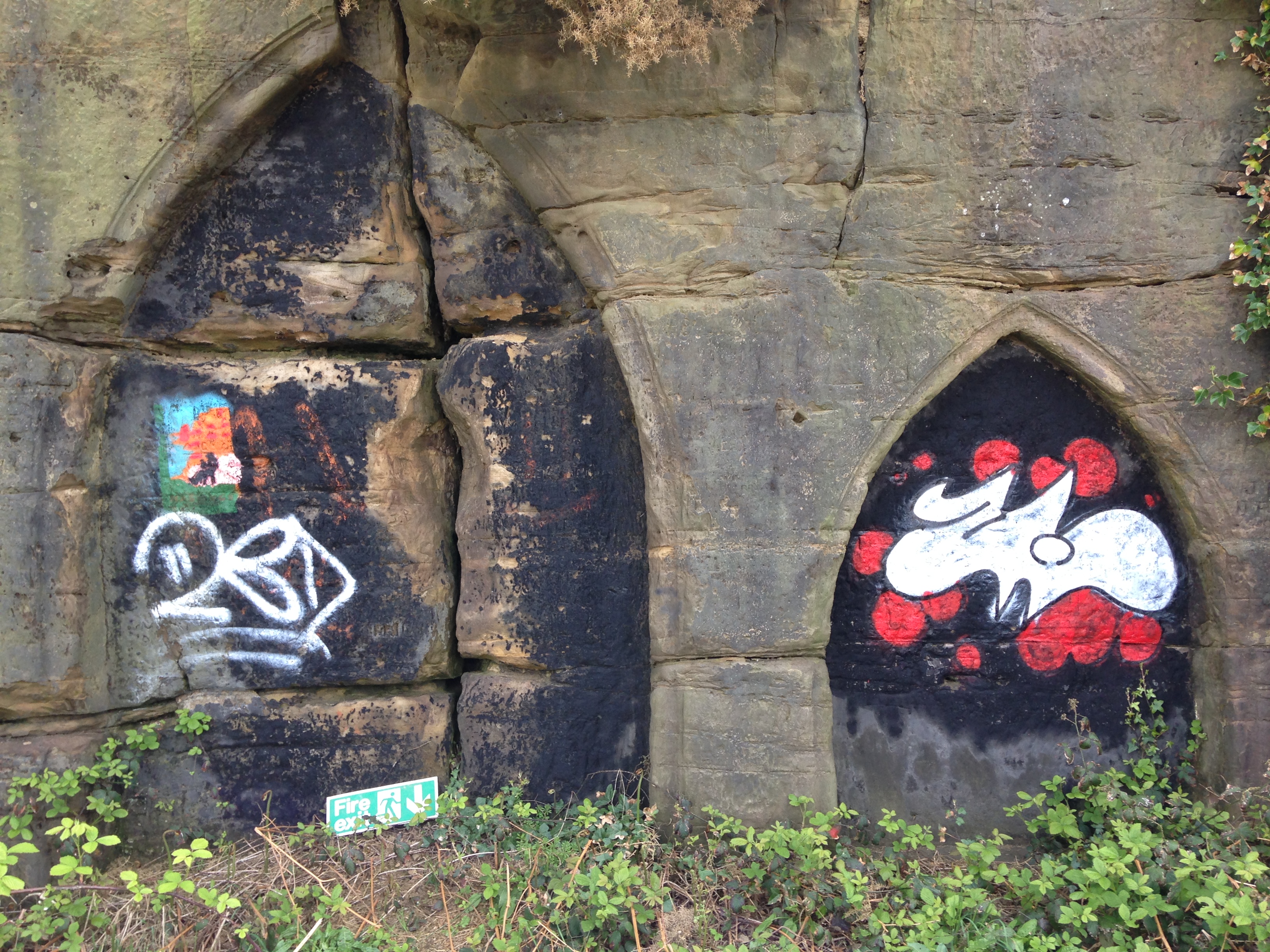 East Hill is a high promontory overlooking Hastings Old Town. From the top you can gaze out to sea across a jumble of lichen-speckled roofs and mediaeval Churches.

Look up from the Old Town in summer and East Hill is a steep elevation of wild grass, bushes and brambles. But in the sparseness of winter, you can see three black arches in a rock face near the crest of the hill.

From a distance it looks like a church, or the grand entrance to a Gothic tunnel system.

To reach the arches, you need to walk through the graveyard of the 15th Century All Saints church, past the headstone of William Edwards, freemason, bearing an Illuminati eye and the inscription: OMNISCIENT, OMNIPOTENT, OMNIPRESENT.

The churchyard leads onto the Tackleway, where steps leads up the side of East hill. After dragging your legs through knotted gorse for a good ten minutes, eventually the arches will appear.

But they’re not what they seemed down below…

Up close, they’re crude simulacra – nothing more than carved rock and black paint, daubed in graffiti.

The culprit, according to The Hastings Chronicle, was John Coussens, an 18th Century hoaxer who wished to fool visitors that there was a church in the hill.

A stolen fire exit propped against the base of the largest arch points downwards. It suggests either that there’s a hell below…. or that the fire is in our world, and our only escape is to descend. Wide cracks in the rock face lead into a black unknown.

Could there be something deeper going on?

On the opposite side of the Old Town rises West Hill, bearing the castle’s ruins. Deep within is a vast network of sandstone caves. It’s uncertain how long people have been using them. Inside are mysterious carvings and sculptures, including one that some Crowleyists claim is a Baphomet statue – a pagan idol .

These caves were such a well-kept secret that smugglers were able to use these extensive tunnel networks, while the authorities believed it was but a shallow cave space where a couple of homeless people lived. It was only in the 1820s when Joseph Golding was cutting a garden seat into the side of a cliff and broke through the rock, that the caves were revealed to the wider public.

So was Coussens alluding to something inside the hill? Did he suspect something? Was this a message?

Half a century later, Hastings mayor Thomas Ross excavated the East Hill and discovered wall footings containing coffins and buried bones, including a skull of ‘extraordinary thickness’. The hill turned out to be a Neolithic stronghold.

Who knows what it was used for before that?

Legacy of the Hoax Epoch

…like Mary Toft in 1727, who fooled surgeon John Howard into thinking she was giving birth to dead rabbits…

…Or ‘doctor’ James Graham, who flunked medical school in America, but returned to Britain to set up a Temple of Health in 1779, pioneering electrical therapy. His speciality, The Celestial Bed, was stuffed with hair from the tails of stallions and electrified as a cure for impotence.

…Or there was The Turk, a miraculous chess playing machine that was, in fact, a chess master hiding in a box.

You could say the 18th century was something of a boom period for pranksterism.

But if the Black Arches are a joke what was Coussens’ motive? Why go to the trouble?

Or was it a covert message? A symbol of something sinister within the rocks?

If you, dear reader, know of the truth behind the Black Arches of East Hill, or suspect something I’ve not suggested, then you know where I am.

For more about the Black Arches, occult landscapes and Hastings’ weird lore, take a look at my book The Stone Tide.