The Four Ages of Gin: a Spirit Autobiography 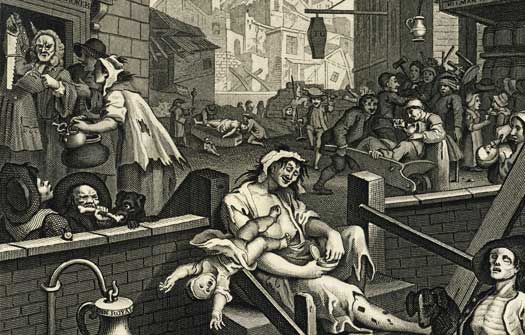 The Four Ages of Gin: a Spirit Autobiogr ... 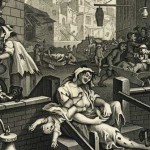 An autobiography told through the prism of a classic British spirit. Originally written and performed for a gin tasting event at Borough Wines, Hastings.

The First Age of Gin: Adolescence

My parents weren’t big drinkers. A glass of wine with their meals was about it. But they did love a gin and tonic. It was the aperitif of choice when guests were coming round for dinner. My Dad would mix the drink. After the first sip they’d always pull the same astonished face, with overly dramatic sucking through pursed lips and a knowing nod.

“Ooh, yes, that’s a proper gin and tonic” they’d gasp, as if they’d were gnostic adepts who’d cracked the ancient secret of mixology, lonely rebels fighting a conspiracy of weak gin and tonics, or high ranking members of the gin and tonic Illuminati.

Because of this, there was always a bottle of gin in the larder. It was to this gin I went when I decided to experiment with alcohol aged fourteen. Mum and Dad had gone out, leaving me in charge of my brother Simon, who was twelve. We had a couple of videos to watch: Aliens, which I’d already seen, and Evil Dead II, which I hadn’t.

Leaving Simon in front of Aliens, I went to the larder, took out the gin and, not really knowing at that time what to do with it, there being no tonic around, I mixed it with cheap pure orange juice. It tasted like fruit petrol. I went upstairs and tilted the lampshade against the wall to give the room a moody glow, and put on a Southern Death Cult record. My bedroom was still in the primary colours it was painted when I was seven, and now clashed horribly with my taste in music: The Jesus & Mary Chain, Spear of Destiny, Theatre of Hate and Sisters of Mercy. But with gin and orange fuzzing my vision it no longer mattered.

When I turned the record over I could hear Private First Class William Hudson’s screams from the telly downstairs as he was pulled into the hole by a Xenomorph. Game over, man, game over.

After the next drink I decided that Mum and Dad would notice the level drop so I moved onto a dusty bottle of Martini. Then a can of Tartan bitter.

Then I was hammered.

The next time I came downstairs I slid on my arse and crawled, laughing, into the living room, where my brother was looking shocked, partly because of my inebriation and partly because Bishop had just been ripped in half by an alien’s tail. The last thing I remember was haranguing him for not being drunk. Then I collapsed into bed. 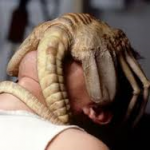 At some point soon after that, a worried Simon entered my bedroom and found me unconscious on my back, like a micro-John Hurt, my face encased in an alien facehugger of puke. Standing there in his pyjamas, he summoned up the ghost of Private Hudson.

Now was the time for heroes.

The Second Age of Gin: Adulthood 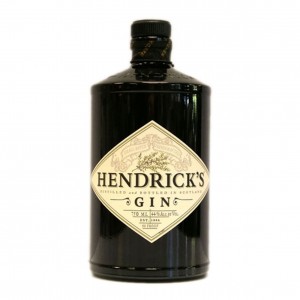 I sometimes drank gin at parties as it was easier to keep a bottle close and siphon booze from that. I sometimes drank gin in bars when I wanted to pass myself off as sophisticated, or when I had a hangover and couldn’t face beer. Whatever the occasion, gin was one thing: it came in a clear bottle, and was Beefeater or Gordon’s and you poured it into a tumbler with tonic, and then you put a slice of lemon in it.

But in 2006 I want to the Secret Garden Party Festival with my soon-to-be-wife, Emily, and they were serving gin in tea cups.

I put this insanity down to hipster exuberance or the LSD that most of the people running the festival were consuming in hopeless doses.

But that wasn’t the most shocking part.

What blew my mind was that they were putting cucumber in the gin… and the gin tasted of… cucumber.

My universe ruptured at this unexpected union of liquor and salad. It was like the time I found out that carrots were once purple. All my assumptions were challenged. At that moment I realised that we stand on shifting sands of reality with terrifying magma chambers of the unknown beneath us, and nothing is safe.

The gin was called Hendricks, and it was to be the first of the artisan gins that have flourished since gin’s comeback as the tipple of choice for connoisseurs. Gin palaces started to pop up all over London. Except I would not be going to them. Because I got married and almost immediately we had a baby and so I was now in….

The Third Age of Gin: Fatherhood 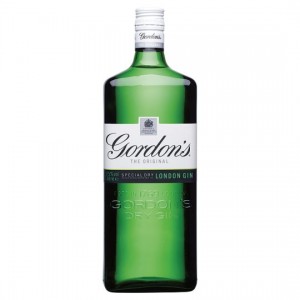 The first baby was followed by a second baby far too quickly, and the second one screamed a lot, never shut up, and we went mad with sleeplessness and the sound of crying and our own sighs of despair, so we decided to go a festival, like in the old days when nothing was a problem.

The logistics of taking a six month old baby and 14 month old toddler to a festival are that you get the tent set up for you in advance and you bring gin.

There was no glass allowed on site so we decanted the gin into plastic water bottles. We also bought plastic jars of peanut butter. Bread and beans. Bedding and bottle steamer and a camping stove and spent the first few hours of the experience like a Native American family cooking beside a tipi.

We’d recently discovered that our baby cried all the time because she was allergic to milk, so we had to make a fortified formula mixed with hot water then cooled. We decided to prepare the bottles for the next 12 hours, so that we were ready for action when the bawling started. We somehow set the kettle on fire but managed to cook up the milk anyway.

That evening I changed a nappy while watching The Fall. It was very strange. At about 9pm we returned to the tent, put the kids to bed and had several nightcaps in the neighbouring tent with our friends.

At 6am, as expected, our baby woke up crying. Emily blearily crawled across the sleeping bags to get a pre-prepared bottle. As was her habit, she dabbed a little on her wrist to taste. What she tasted was, on the one hand, artificial milk powder and, on the other hand, gin.

Six bottles, all in a row, full of gin and formula, there you go.

When you’re young, you think that cucumber in gin is as weird as it gets, but parenthood takes you to new levels. We knew right then, that we couldn’t continue as before and that it was time to move onto… 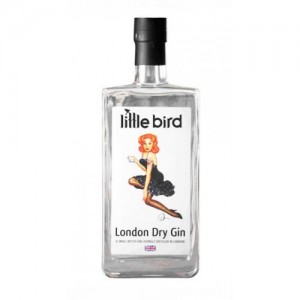 On the evening of my forty second birthday, Emily and I invited some neighbours round for drinks. Before they arrived we decided to have an aperitif. We stood in the kitchen mixing gin and tonics, with our eldest daughter in her pyjamas, watching us carefully.

We gave it a taste, pulled a face and sucked through our lips, nodding at each other with approval. Lovely and strong. Just how it’s supposed to be.

Gareth E. Rees is author of Marshland: Dreams & Nightmares on the Edge of London. His work appears in Mount London: Ascents In the Vertical City, Acquired for Development By: A Hackney Anthology, and the album A Dream Life of Hackney Marshes. His essay ‘Wooden Stones’ appears in Walking Inside Out: Contemporary British Psychogeography. Follow him on Twitter.