Nothing With Nothing: A Lonely Drift Down Marine Drive, Margate 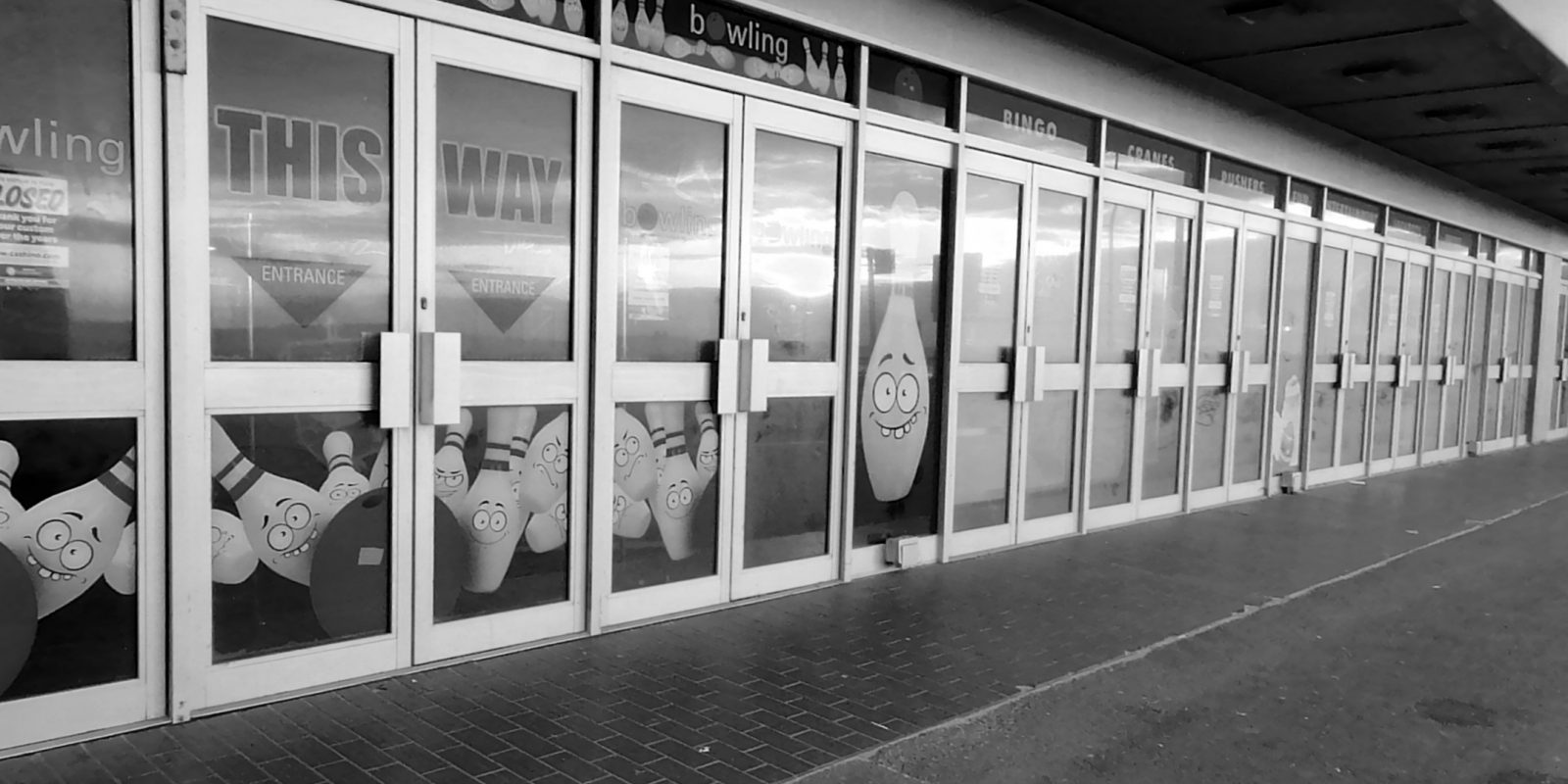 Nothing With Nothing: A Lonely Drift Dow ...

WORDS: An extract from ‘Nothing With Nothing’ by Emilia Ong

I didn’t go to the Main Sands but most people did.

The day-trippers came seeking sand and sea air, deep fried fish and swiftly liquefying ice cream; this much had not changed in a century.

Some came for the Art, of which it was whispered there had been a resurgence in recent years. Unless it was of oils and sunsets however, the Art was hidden away; I couldn’t say where exactly. In back lanes and repurposed warehouses I imagined; inside the spun-out minds of those who kept their bodies bound indoors.

Because one could not see the Art, because there was something extra, something other, which was there but not there, suffusing the atmosphere and conferring Reputation, this place was called cool.

Cool because of the something-beyond the poky glass-fronted shops with their dappled landscape prints and wooden seagulls and promises of fudge; cool because of the something outside of the big Gallery, which had planted itself at the town’s most desirable tip with its haughty announcement that that something-beyond lay, in fact, within its spanking white walls. Well, doubtless there was something going on.

Cool, I thought: such a status couldn’t have come from nowhere.

So yes, the place was fashionable – newly, sneakily so. Art’s enigma rolled along the streets, weaving in and out of the crushed cans and polystyrene. Often old chairs, browned mattresses, smashed TV sets, could be found lolling on the pavements. Because of the enigma, these looked like part of the Art too. The vision of junk ran down my glassy eyes stickily, like the albumen of broken eggs. Daily I picked my way through the shells.

I didn’t go to the Main Sands, but I could see them from my bedroom window. Perhaps it was because I could see them that I didn’t go. I had moved here for reasons of frugality – that, and to get away from all which, I felt, had barbarised me for years.

The air! The sea! The view! These were what would heal me.

However, after a week or two, such ludicrous displacements dissolved away. The air was too fresh, the wind too biting. The sea was simply there, day in and day out, its tides rising and falling with the same mockery as the need to shower and to eat. Time took on the mantle of repetition, replacing its old veil called Loss and Decay: where repetition is in residence nothing can be escaped, and nor does one wish to escape.

Round and round went the days, and in their unwavering similitude they became encrusted with a sort of meaning. I delighted in their crispness, in the same way that the brittle edges of the overly thick pancakes I fried compensated for the stodgy centres. There was no sense to a thing in and of itself, I thought, if it was denied repetition. Repetition, I decided, was the very foundation of thought itself – and this, even if it laughed at you.

I was reflecting on this one day as the sun went down. It had been what people called a Pleasant day and because of this many had gathered on the steps which had been erected at one end of the beach, making of the sky a stage, of the steps an amphitheatre.

It was charming in a black kind of way to see them from my window – mere specks dotted all over the concrete – and it was blackly charming, too, to later wander along Marine Drive and find myself weaving amid the drunks who had had a rather heavy session in Wetherspoons.

Every day I went along Marine Drive because there was nowhere to go but along Marine Drive. This route took me past the Main Sands. But I did not look towards the ocean. Instead I looked the other way, towards a long line of arcades. The assault was swift: colours and lights blared onto the pavement; grins and hollers tripped on them. I had only to pass the car park and the shut-up casino – whose mirrored doors continued to command that one go ‘THIS WAY’ in spite of smaller signs which thanked in a concluding manner former customers for their business – in order to reach them.

Many fingers had rubbed FUCKs and GO HOMEs into the grime which caked the casino’s untended doors (just who was to Go home had always, by the time I saw it, been overwritten so many times that the original object was indecipherable) and so, having by the time I arrived at their lurid carnival taken in the strength of the ire which the people of this town saw fit to broadcast, I would discover that I was in no mood to observe possibly the very same people engaged in the tumultuous pursuit of electronic, competitive glory.

In prime position, and inching presumptively into the street proper, nosed several cumbersome machines, of which two commanded particular esteem in the eyes of passers by.

One was replete with a complex-looking platform, upon whose surface women – for they were uniformly women – threw their weights; this machine played loud pop music (never quite the latest songs), and upon its screen flashed neon arrows, pointing up or down, right or left. The Amusement was called the ‘DanceMaster’, or possibly the ‘DanceMonster’; I forget. Players were required to hurl their feet at the corresponding arrows on the platform. Their arms, redundant when it came to the game proper, would be vaguely bent, held out from their sides like cowboys ready to draw weapon from holster. As soon as their feet touched – hammered – into the specified arrow, a new arrow would flash, and their bodies would jerk, wireless puppets, to chase the latest, usurping, instruction.

Backing onto the DanceMaster was one for the boys: this comprised a screen and two enormous guns. The guns mimicked machine guns, were near two-foot long and attached to the device by thick snaking ropes; frequently the plastic mock-ups dwarfed the weedy, sun-starved teens who gripped them, brows furrowed and legs splayed beneath their torsos. They slanted their torsos towards the screen in eagerness of the shoot: there was no sarcasm to this machine. Only, I thought, the hardest and most adhesive variety of rage. The boys would stare into the screen, enchanted.

I was alert for the slightest indication of a lurch: players tended to pitch suddenly either forwards or back, and it was not unusual for me to only narrowly miss outright collision.

Once I nearly stepped on a player’s untended scrap of a dog. Ferfuhkssay, he hollered at my shrinking back. In response, my eyes flicked towards the clock tower, which loomed diagonally across the road. Its hands had stopped shortly after my arrival, and the council was taking its own sweet time about restarting them, meaning that the clock tower posed merely as a redundant relic.

One day I looked up to find it’d been clad in scaffold: surely a harbinger, I thought, of imminent change. But several weeks went by, and neither a tick nor a tock was in evidence. Everything came from the void, I thought, and absence made the heart grow stronger.

I only wanted to be left alone.

Emilia Ong is a British writer, born in Hackney, London, in 1983 to an English father and Chinese-Malaysian mother. A now ex-English teacher with a degree in philosophy, she is currently working on her first novel. For more information about Emilia’s work, please take a look at her website, www.emiliaong.com Or follow her on Twitter: https://twitter.com/e_o_n_g_