Memories in the Woodchip: The Day I Moved into a Haunted House 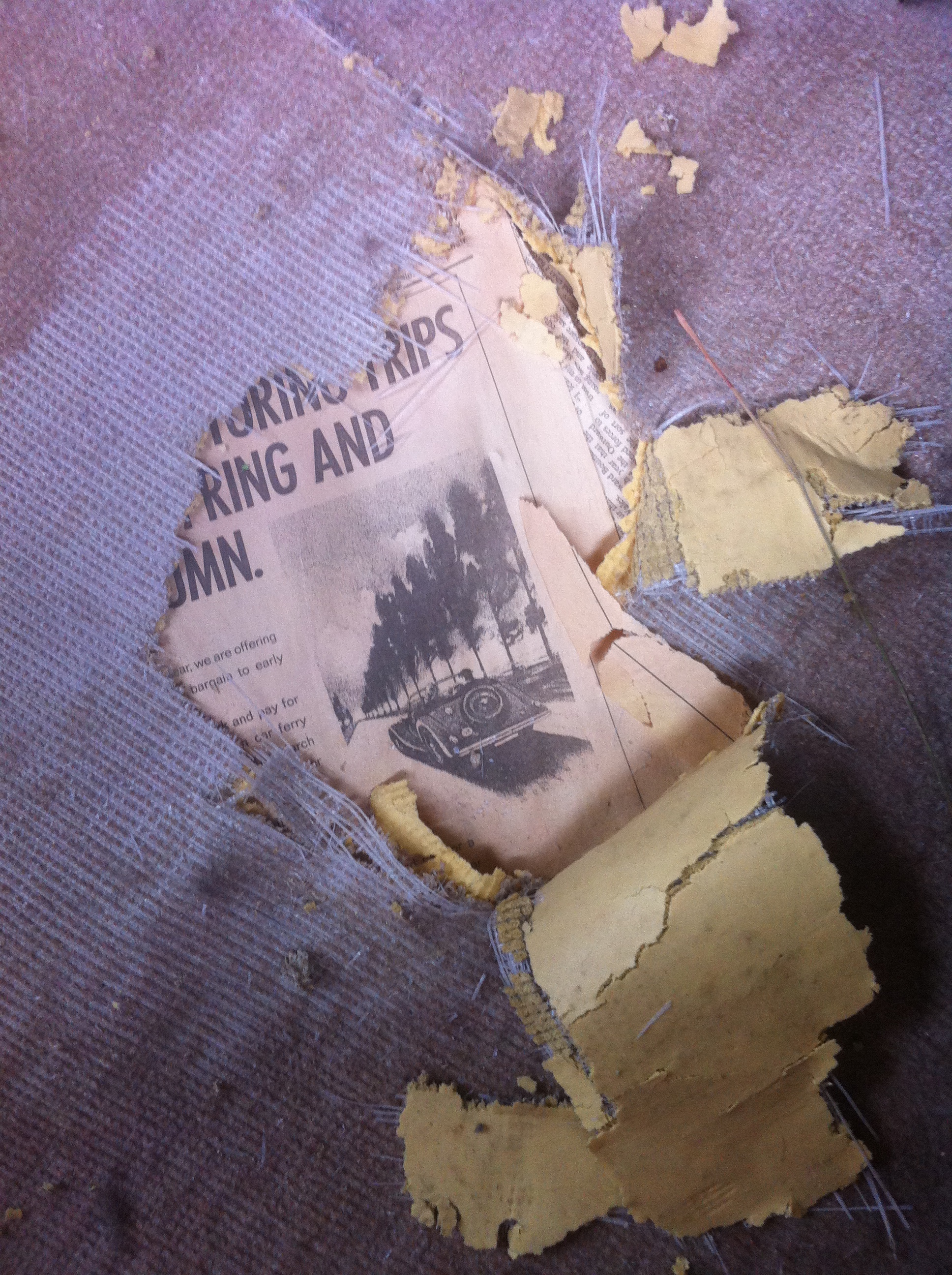 Memories in the Woodchip: The Day I Move ... 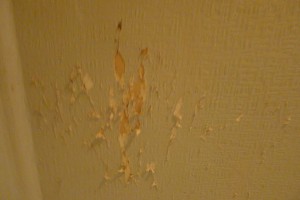 On the day we moved into a dilapidated Victorian town house in Hastings, my wife’s grandfather died.

But death was already in the house, waiting for us.

We bought the house from a woman who bought it from the family of the man who built the terrace in 1885. This made us the third owners of the house in its 130 year life.

At our first viewing, the owner was sat in the living room among piles of clutter, an electric fire gaffer taped in the fireplace. She and her husband moved in with another couple in the early 70s. Converted the house into two dwellings. Now the children were gone. Both husbands were dead. Her companion had moved out and left her alone with memories and cobwebs.

The day we moved in, the place looked as if it had been abandoned in a hurry twenty years ago. Light strobed through moth-eaten holes in the curtains. A stink of damp earth wafted through floorboards from the mouldering cellar. Racing green Victorian paint peered from beneath a flap of wallpaper beside a candelabra with fake wax drips. In a kitchen cupboard, a ring of rusted keys and box of Tampax with a 1980s design.

When I turned on the tap, a great shudder went through the house. 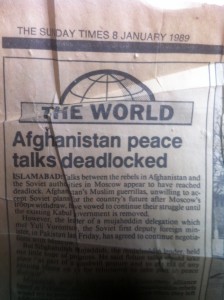 The property was built on a bend, so the walls were at unusually acute angles, subsidence giving it the wonk of a galleon at sea. We crept up lopsided stairs, running our hands over woodchip. I thought about my grandmother’s Victorian house in Wrexham, the coldness and the creaking, and I felt as if I was wandering through a childhood memory.

In one of the bedrooms, the disintegrating carpet, revealed a layer of newspapers, dated 1989-1990. A story about Murdoch’s media outlets distorting facts about the Gibraltar IRA killings. A commercial for the new channel Sky Movies. ‘Afghanistan Peace Talks Deadlocked.’ A smiling Gaddafi. The news, it seems, moves in circles.

As I twitched a curtain, dust filled the room. The glass in the windows was so old, the world outside looked wobbly, like a mirage.

In this place, time had stopped.

By the back door, a pipe jutting from a concrete wall oozed slime into a vat. Wooden steps led to a vertical jungle of nettles and an earthen mound where foxes lived, overlooked by a yew. The ancient tree was entwined with the branches of another tree which had grown up within it, then perished in its arms.

How many deaths had occurred here?

That night we tried to sleep on a mattress on the floor, but the damp was like a fog and dust seeped into our chests. Intermittently, white, shark-faced demons appeared at window. Seagulls in a spiral, catching the street light.

In the early hours of the morning I heard my two daughters giggling next door. When I walked into their bedroom, they were fast asleep. I staggered back to the mattress with my heart racing. The walls of this place were storage tanks of memory, leaking decades-old laughter through cracked plaster. 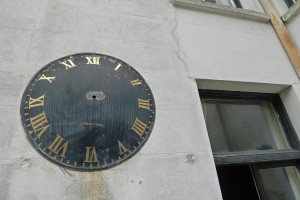 By the morning our noses were filled with viscous dark matter. Within a few days we all had hacking coughs. It was as if the house was trying to repel us, the intruders. I felt its agony at our being there.

The weight of sadness was bringing this place to the brink of ruin. Over the front door the lintel was cracked: the broken heart of the suicidal house as it tried to pull itself into the grave.

Then down came the angel of death..

On the night before my wife’s granddad’s funeral, I let Hendrix out for a wee. He began barking furiously. I stepped outside. I could make out something in the darkness near the slime vat. A white eye, big as a side-plate, swung two and fro, looking for me. With rising terror, I called the dog in and slammed the door.

The next day, I went out to investigate. There was a herring gull in the back yard, walking in circles, head cocked, scraping its beak along the wall, staggering against the slime vat. It seemed to have had a stroke, just like Emily’s grandfather.

“What do you mean get it?” I said. It was as big as a swan. That hooked yellow beak. That cornered look. No way. Besides, this was more than just a bird, it was a message from the house. A direct challenge to us.

We had to leave for the funeral that morning in Southampton. There was no time to do anything. Nature would have to take its course. We’d propped a table against the steps to stop Hendrix escaping into the unfenced garden. I rolled it away as a symbolic invitation to the foxes.

When we got back from the funeral, we found a knocked-over plant pot and a single gull feather. It was over.

I hoped this blood sacrifice would be enough to placate the house.

The fact was, we were here to stay.

We’d all have to learn to get along. 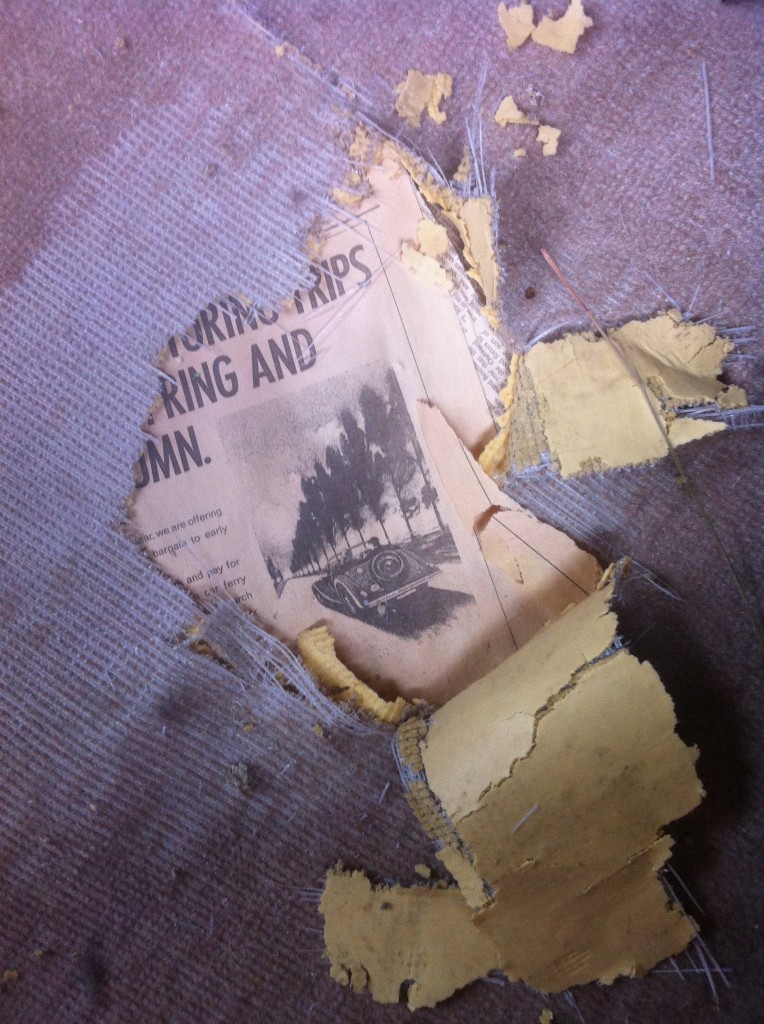