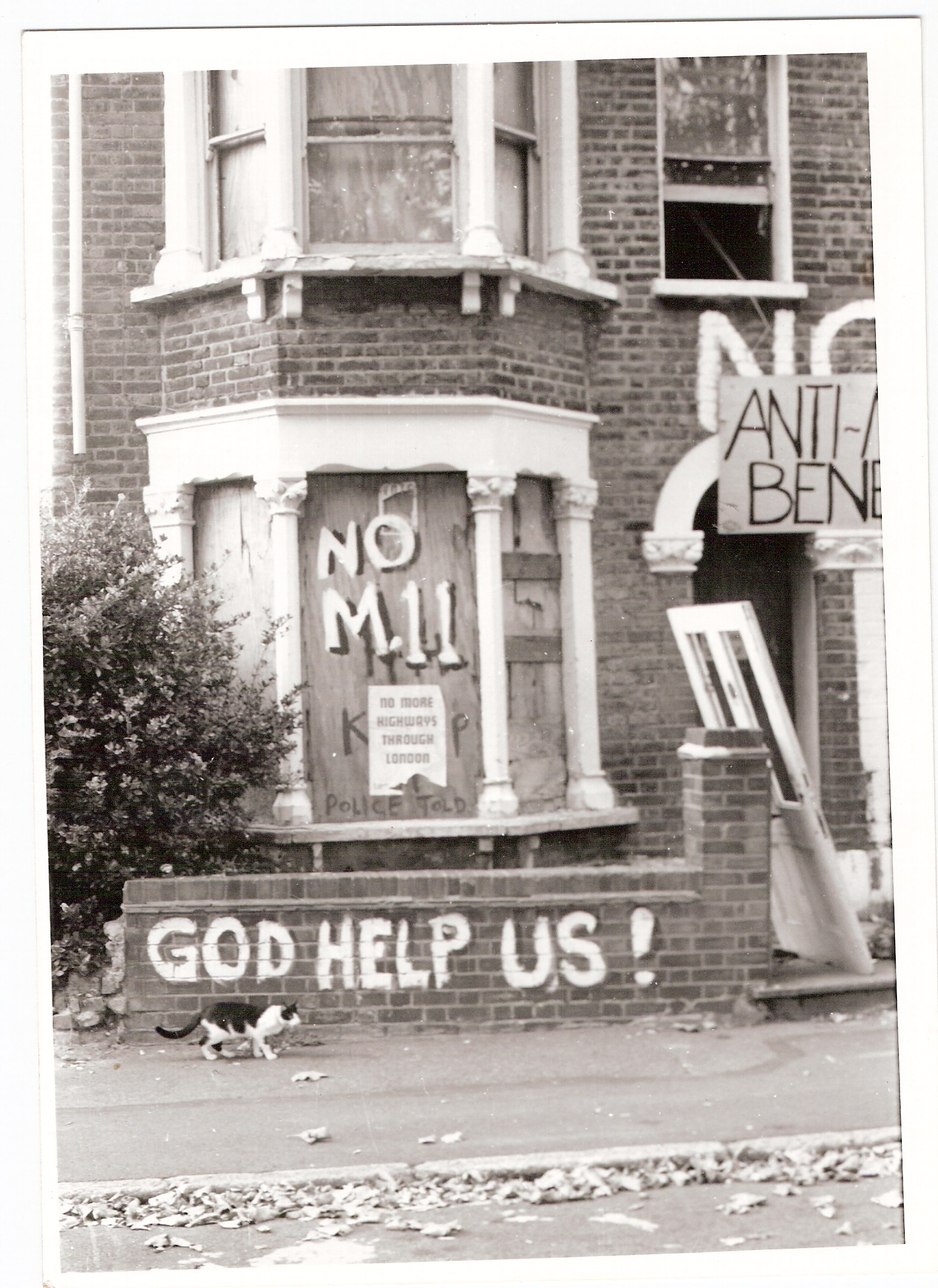 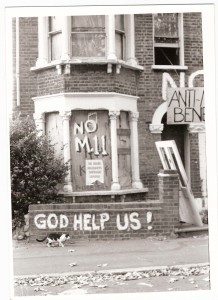 I spent three years occupying properties and protesting in the (in)famous squatted community of Claremont Road in Leyton; the final bastion of resistance to the building of the M11 Link Road.

Dorothy (Dolly) Watson, was born in number 32, and had lived there nearly all her life, became friends with the anti-road protesters, saying “they’re not dirty hippy squatters, they’re the grandchildren I never had.” 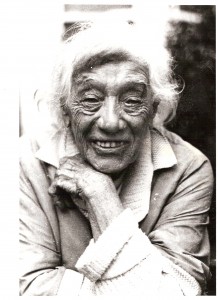 Between 1990 and 1993 I filled notebooks with stories, poems, characters, photos, newspaper clippings and recordings from those days.

In 2013 Erbacce Press published a pamphlet collection of my poems called Claremont Road (erbacce press 2013) which was mainly based around some of my experiences living there.  The poems featured below are from this collection.

You came back to me last week:

as a Nick Drake folk song,
an East Ham road sign,
a Brighton post code
and Cannery Row on a book’s spine.

May we live forever!
You would always insist
on Karl Marx, Guy Debord
and the Situationists.

The gravity
of your overdose
sucks.

Number 8: Checking Out An Empty

The broken frame of a piano sulks off-key:
I stop pacing this circle,
notice clots of blood on splayed ivory veneer.

a bent spirit-level nailed on a punctured wall –
I finger
a loose-boned blues.

She folded his
near lifeless weave,
cupped a slack
heart beat down
Grove Green Road,
E10 to E11 to
the vets table
for a thumb
press of drugs.

Charlotte buried him,
cold worm food,
in the back garden
of number 18
Claremont Road.

Thatcher’s foxes
dug him up,
part of the five
mile cut of new motorway:
sewed up the east end,
fleeced the public purse. 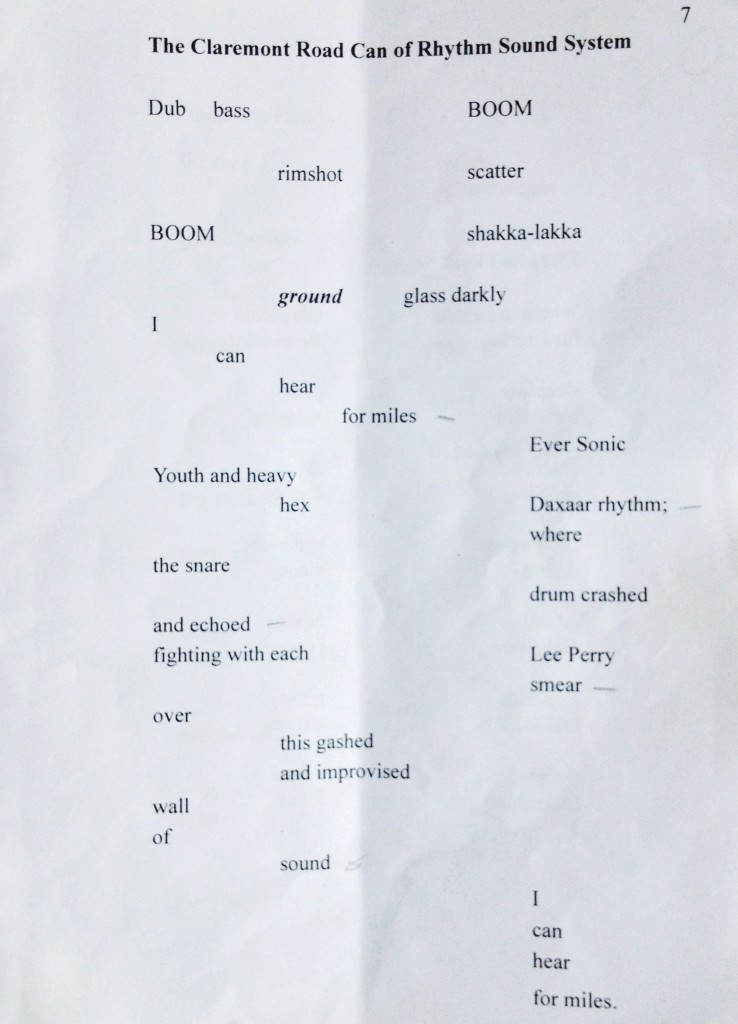 Paul co-edits Boscombe Revolution and runs Hesterglock Press. He has had two books published, Claremont Road & Contumacy (both by erbacce-press). He is currently working on a new poetry project, Place Waste Dissent for Influx Press, publishers of provocative and challenging site-specific literature.