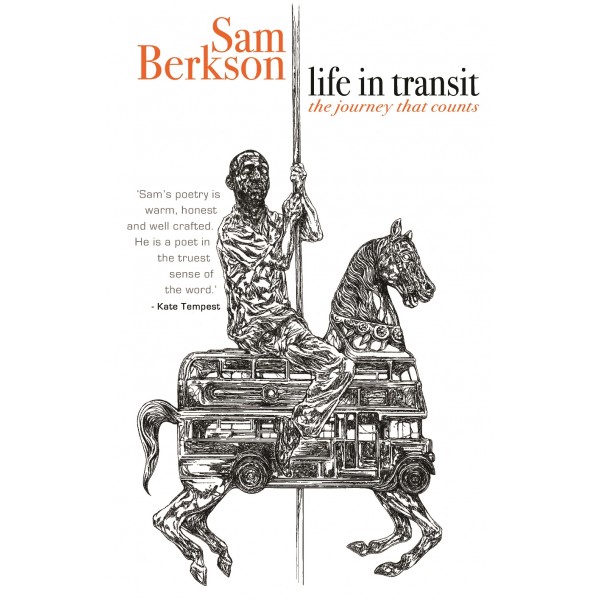 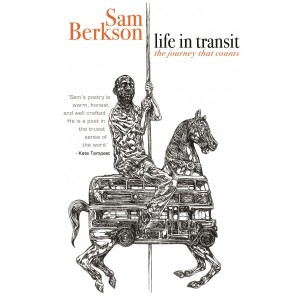 Life in Transit is a poetry collection from Sam Berkson that explores the experience of public transport in neoliberal Britain.

Whether it’s protesting the third runway at Heathrow, questioning Tannoy announcements in railway stations or celebrating the bicycle, Sam’s keen eye exposes the smoke and mirrors of public life, whilst he celebrates the human journey and the indomitable spirit of the traveller.

Life in Transit searches for the public in a world that is increasingly privatised, both in terms of the ‘chartered’ space of corporate land grabs, but also the detachment of the individual in the late capitalist experience. Sam Berkson’s collection focuses on the journey, rather than the destination.

‘…Sam Berkson’s own stories of life spent on London’s public transport system, including lust on bendy buses and the cramped tyranny of the tube carriage at rush hour brought political meanings to the tawdry and humdrum experience of the everyday commuter.’ – The Independent

‘What’s left of public space after thirty years of neoliberalism? Sam Berkson’s new collection, Life in Transit, finds the degraded relics of public space on public transport. Like the music of Burial or Laura Oldfield Ford’s Savage Messiah zines, Life in Transit is attuned to the peculiar loneliness of life in neoliberal Britain. In the UK, trains and buses are now ‘public’ in name only, since most are operated by private companies. By turns lyrical, acerbic and bitingly humourous, Berkson’s poems describe a world in which, ordinarily , the only”sympathetic solidarity” is that of commuters who reluctantly cough together. Yet public transport remains a space where our lives can still be transformed by unexpected encounters with others, and where the shadow of another world – collective, egalitarian, democratic – can sometimes be glimpsed.’ – Mark Fisher