Dead Cats, Cold Curry & a Broken Heart at The Stag 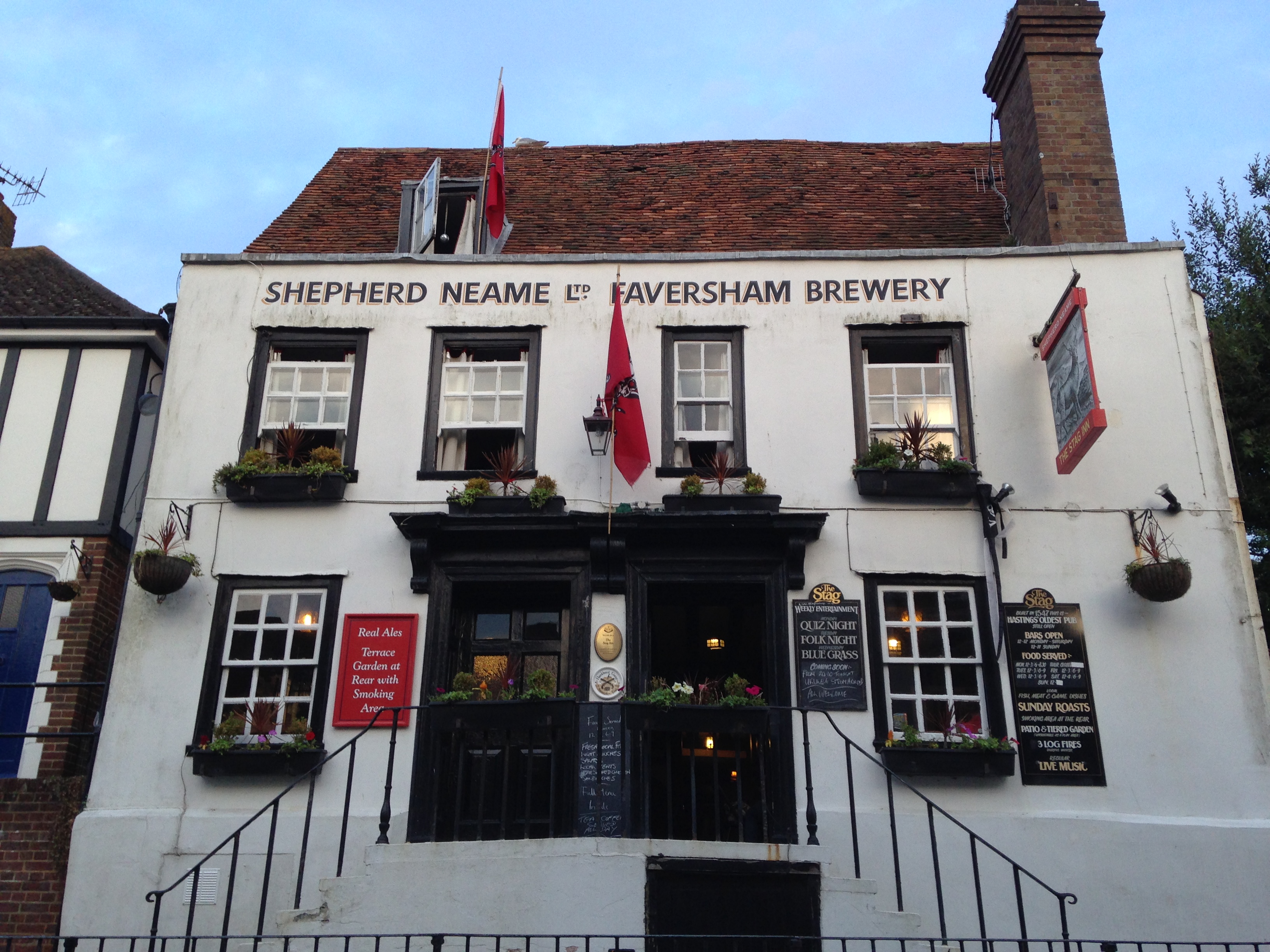 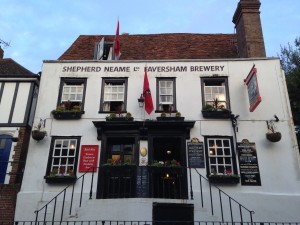 It’s a wintry Wednesday night at The Stag, a Tudor pub in the old town.

I sit beneath a cabinet containing two smoke-dried cats, discovered in the pub’s chimney in the 1940s.

The official story is the weirdest: these cats belonged to Hannah Clarke, a witch who lived here in the 16th Century. At night she’d fly across the town on her broomstick, surveying the coastline for French invaders. She sealed the cats into the brickwork as a charm to ward off the plague.

The less popular and more likely story – explained to me by the owner – was that the cats crawled into the chimney for warmth. Then someone unwittingly lit a fire.

“I’ve actually bought another mummified cat since,” he says, proudly. 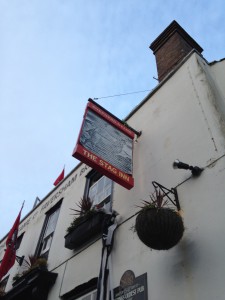 There’s a bluegrass band setting up at the table with double bass, guitars, accordion, harmonica and banjo. At the adjacent table is a lean kid his early 20s with goatee and a black sleeveless T-shirt that shows off his tattoos. Between sips of red wine he puffs an e-cigarette.

Next to him, a man in his 40s. Flat cap. Twinkly, pissed eyes. Chubby, flushed cheeks. Like a camp Dylan Thomas.

He leans in close to the younger man, touching his arm tenderly. Singsong words slur from the corner of his mouth.

They’re deep in conversation, but they seem an odd couple. Friends? Father and son?

Eavesdropping, I notice the older man’s attempts to steer the conversation towards sexual matters.

“Sometimes… have you ever just… gone for it, you know… ha ha… thought, what the hell….?”

A couple in goth clobber arrive. They’re friends of the goateed man. They’re bemused by the presence of the drunk, camp guy at the table. I realise that these two men don’t know each other at all. They’ve only met tonight. Perhaps only moments before I entered the pub.

As the friends talk in the rattling clatter of bluegrass music, the older man is left out of the conversation.

He turns to me, “Isn’t he gorgeous?” He touches the young rock kid’s arm again.

It turns out he’d been drinking at home, then popped out to get an Indian takeaway. On his way back, the younger man had stopped him to ask him directions to The Stag.  Smitten, he followed him to the pub.

He points to a bag of curry going cold at his feet.

“If he won’t have me tonight, I’ll put something in his drink!” He cackles loudly.

The tattooed kid shakes his head, laughing. “No way man.”

“I’m alright, aren’t I, though? …right? …I’m fairly good looking?” He turns to me, mugging for laughs – all rolling eyeballs and cheeky tongue. But I know he’s desperate for a compliment.

This cat ‘n’ mouse malarkey continues well into my second pint. When the younger man goes out to have a cigarette, the older man follows. At their return the goth couple raise their inky eyebrows and mouth, “Whaaaaaat?”

“Why won’t you come back with me?” the older man pleads.

“Because my type has tits and a vagina,” the kid says.

There’s a tiny snap as the older man’s heart breaks. Or it might be a beermat falling. I can’t tell. He grabs his bag of cold curry with one hand, and touches his amour’s face with the other.

“I never have anyone to go out with,” he mumbles. Then he staggers from the pub. The door creaks shut. For a few minutes I can see him outside the window, standing there in the cold, defeated. His isolation is almost unbearable.

I finish my pint and look up at the smoke-dried Tudor cats.

The best you can hope for is a little warmth now and then, even if the attempt kills you.

This blog post became part of my second book, The Stone Tide, published by Influx Press in 2018. You can order it here: The Stone Tide.