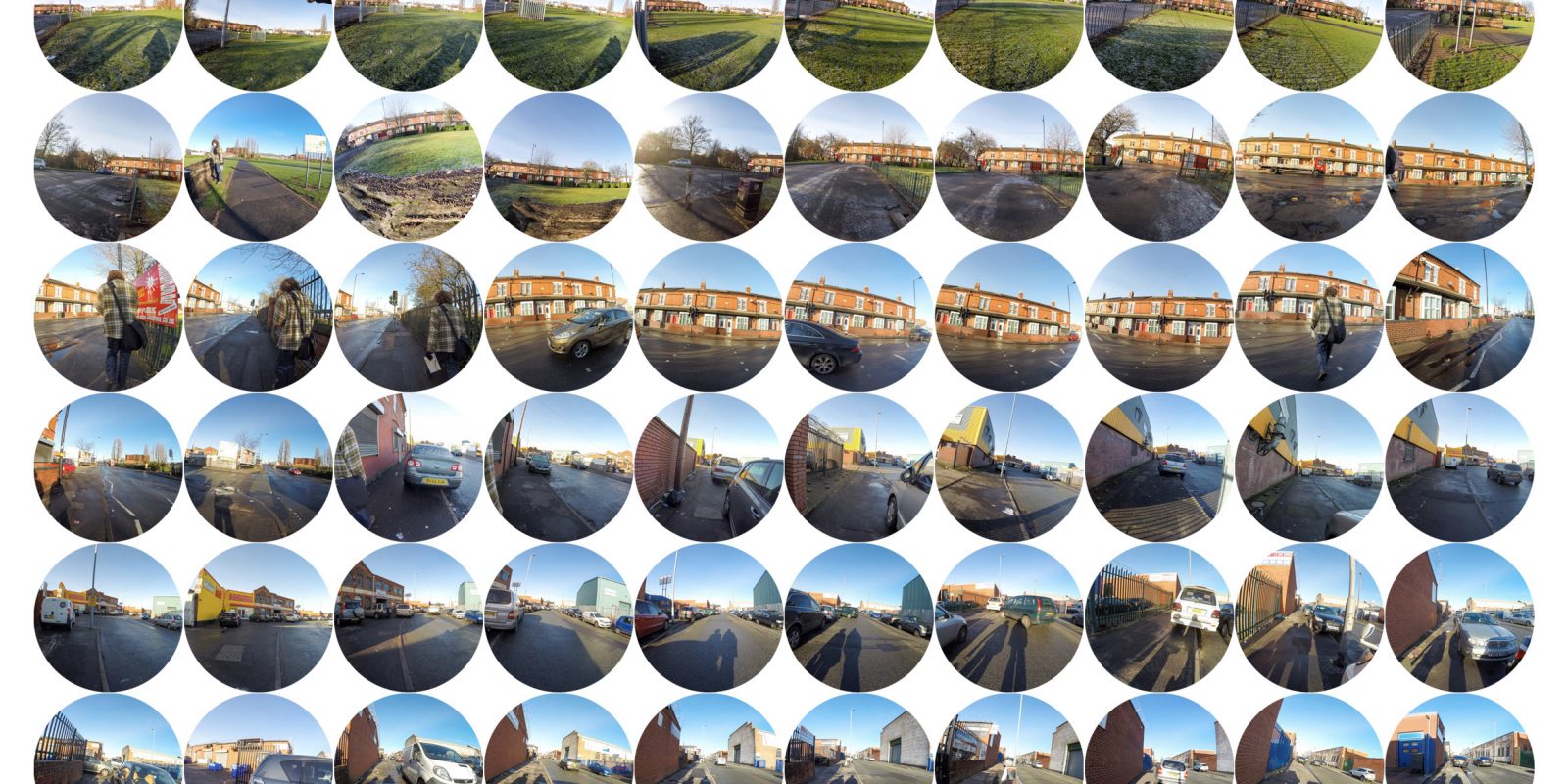 As the Crow Flies: Cross City Walks in B ...

1. Take a map of a city
2. Draw a straight line from one side of the city to the opposite side, passing through the centre
3. Walk this line

In the winter of 2014/15, Andy Howlett and Pete Ashton undertook four straight-line walks across their home city of Birmingham using the legendary Outer Circle bus route as their boundary.

For the 5th anniversary they’ve put together a short film in an attempt to figure out what it all meant.

Culverted rivers, trauma-scarred industrial estates, motorway-side reveries – experience all this and MORE in this Go-Pro odyssey. Then subscribe to Andy’s new YouTube channel Footnotes for more psychogeographical dispatches from Birmingham and beyond.

If you’d like to know more about walking in the Midlands….

A collective of West Midlands based artists, writers and walkers, Walkspace will report on walks that have happened, promote walks that are due to happen and generally discuss the interesting, weird edges of the humble perambulation.

Andy Howlett is an artist and filmmaker based in Birmingham, UK. He is interested in walking, concrete, guerrilla heritage and expanded cinema. He runs Magic Cinema nights, is part of the Video Strolls community, and is currently editing his film about Birmingham’s brutalist, recently demolished, Central Library.

Pete Ashton is a multidisciplinary artist creating site-specific work, online and offline. His work often uses media technologies to explore how we perceive and understand the world around us, from camera obscura lens art to algorithmic image manipulation.