Analogue Memories in the Digital Age: An Exploration of Thamesmead 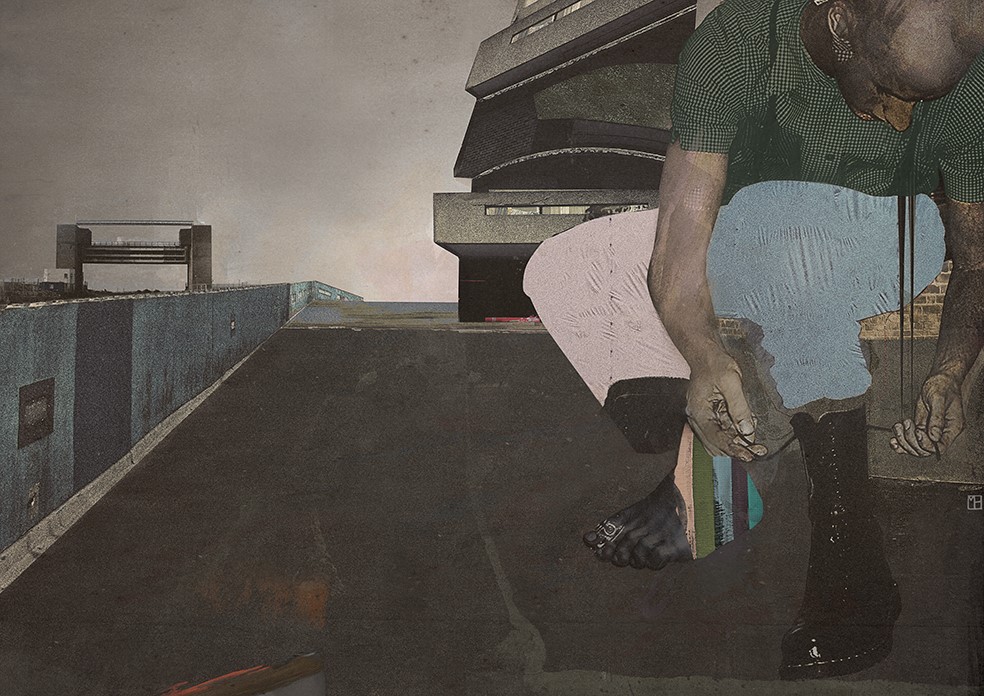 Analogue Memories in the Digital Age: An ...

Thamesmead is vast social housing development in South East London, built with GLC funding in the mid ‘60s on former marshland by the Thames. At the time it was hailed as the town of the future. By the ‘70s it had been blighted by vandalism and crime. In these evocative artworks, Bristol-based Mark Hollis pays homage to the brutalist beauty of what is now a threatened landscape.

In an exclusive interview for Unofficial Britain, he explains the ideas behind his work…

HOLLIS: My fascination with Thamesmead started at a young age when I saw A Clockwork Orange, which was filmed there. I was too cowardly to visit, put off by horror stories about the place. “It’s bandit country. It has the highest suicide rate in the country. You’ll get mugged by dystopian thugs.” That kind of thing. Lies, really.

As the years passed I developed a fondness for brutalist architecture. The buildings of Thamesmead became my muse. It’s a place to fall in love with. Towers that stride like robots beside artificial lakes. 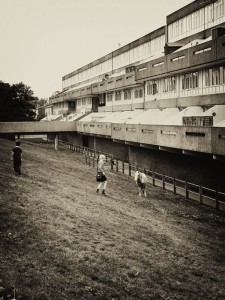 Wild horses tethered by tower blocks. It has a unique otherness, this place that London has forgotten. But it is a dying landscape. Through bad town planning, or shoddy workmanship, a lot of the buildings have been lost. They are tearing a lot of it down.

In this series of works, I use Thamesmead to explore the relation of structure to memory, re-using older artworks from analogue sources (paint on canvas, drawings on paper, photography) to create a digitally processed montage.

I’m inspired by the artist Terry Flaxton, who has a theory that increased exposure to new visual technology encourages us to edit and sharpen our dreams. Using Thamesmead as a prism, I examine how we process analogue memories in the digital age.

Scroll down for more in the Thamesmead series…