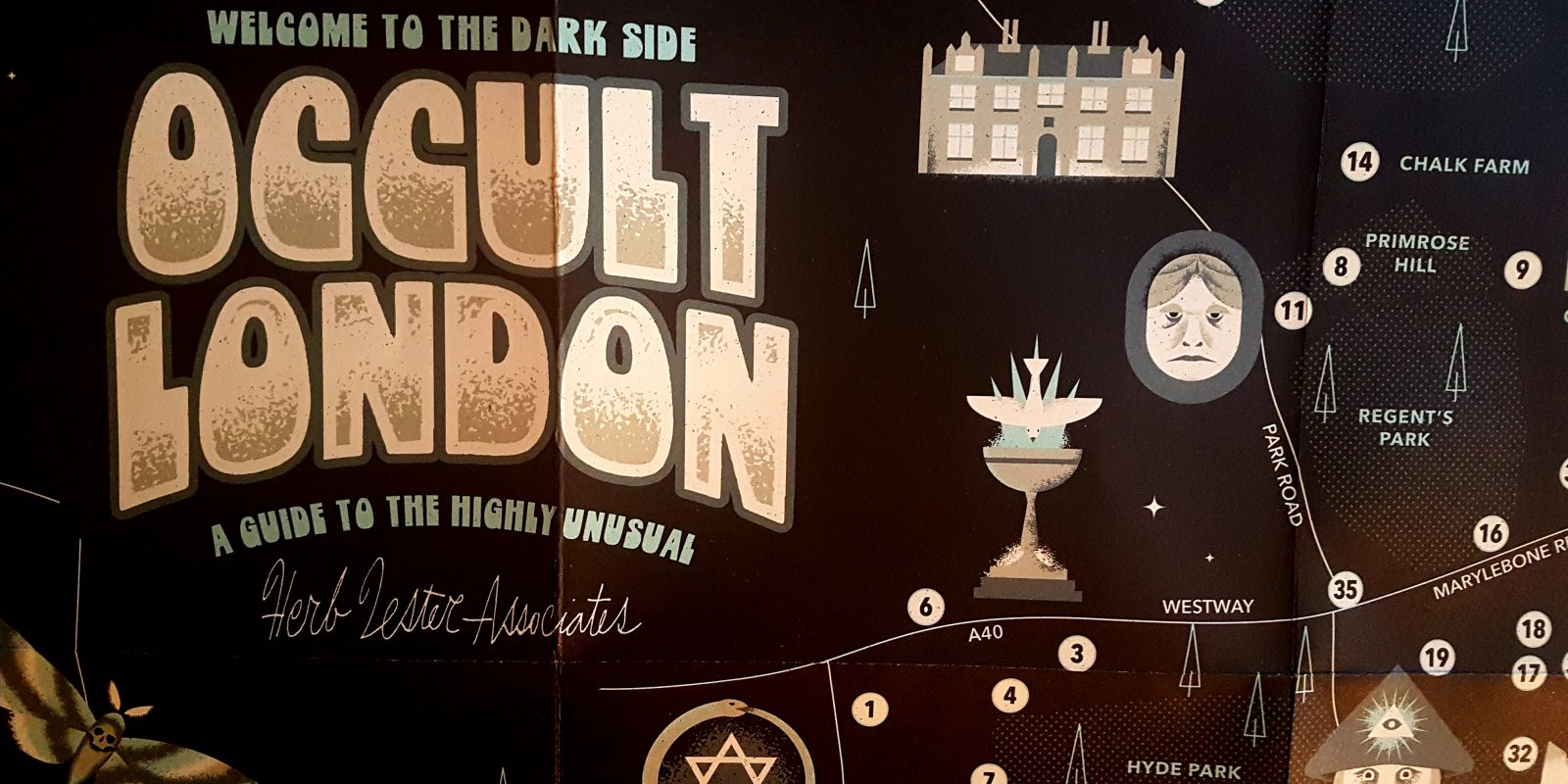 “Within the city exists a shadow world of druids, mystics, magicians and witches.”

Occult London: A Guide to the Highly Unusual , published by Herb Lester Associates, is a beautifully packaged, litho-printed map of the capital city, designed and illustrated by Brian Rau, with text by Kate Hodges.

Each of the numbered points on the map comes with an address, postcode and explanation of the location’s occult connections.

In the West, entries include the studio where The Rolling Stones recorded Sympathy for the Devil, the former headquarters of The Hermetic Order of the Golden Dawn and the basement flat where Alexanders Sanders and Maxine Morris ran their coven in the 1960s.

In the North, you’ll find the spot where organist and saxophonist Graham Bond – tormented by demons and believing he was Aleister Crowley’s lovechild – leaped in front of a tube train.

Central London, as you’d expect, is packed with occult locations, from the home of Wicca-founder Gerald Gardener, to Dennis Wheatley’s house, to a Soho pub which was home to the Ancient Order of Druids.

To the East is the alleged burial spot of John Dee – mathematician, alchemist, astrologer and an advisor to Queen Elizabeth I – as well as a cocktail bar where you can find shrunken heads and the squat where Throbbing Gristle’s offshoot Pyschick TV had their headquarters.

Heading South, the map will take you to the spot where William Blake saw angels in an oak tree and the final resting place of gardener and occultist Elias Ahsmole, where can also be found a skull-and-crocodile adorned tomb.

If you’re planning a walk around London, this map will give you some inspiration for key locations to visit. But even if you have no intention of leaving the house, or even going to London, this is a beautiful object to own.

You can order a copy from Herb Lester Associates here.

Also check out Kate Hodges’ new book, Warriors, Witches, Women – “the stories of 50 goddesses, ghosts, and half-monsters, revisited from a modern, feminist perspective”, with a foreword by Maxine Peak.