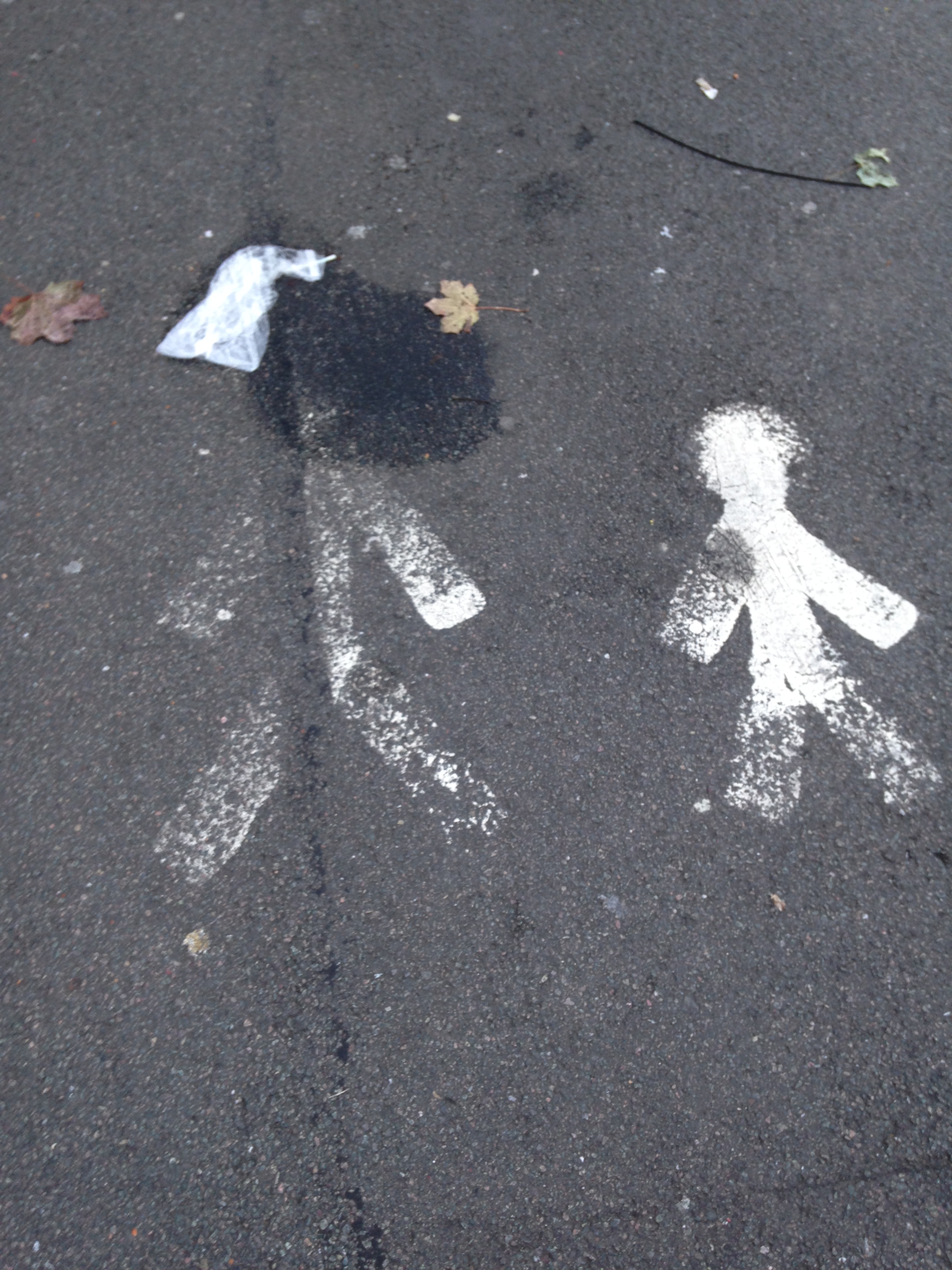 Morrisons is at the bottom of my road, via an arched pedestrian underpass. It’s my quickest route into town by foot.

It feels strange to walk through a car park without having a car or any intention of going into the supermarket, as I am doing now at 7pm on a Tuesday…

The last remaining cars glisten in the first glow of artificial light. The lampposts are topped with long needles, to deter or impale herring gulls. The white road markings are faded, more suggestion than law. The ‘mother and child parking’ avatars have exploded heads.

Three lanky men in their early twenties smoke by the car park’s entrance, talking in low voices. They stare at teenage skateboarders gathered by a wall beneath a NO SKATEBOARDING sign. More skaters approach, weaving through parked cars, clattering and Tarzan-yelling.

They shoot me a look as they flip an ollie – or whatever it’s called. I’m getting old these days and they primarily seem to be falling off their boards without any style.

I cut across a kerbed island towards the recycling bins. A blonde woman sat in her car seems nervous as I approach. She starts fumbling with her keys. Once I’ve passed, I glance back. She’s got her head turned right round, staring at me, wide-eyed. She fires the engine and putters away. I catch the whites of her eyes once more as she accelerates down the curved exit road.

The recycling station is deserted. Behind is a mini-maze of hedgerows. Half a bed frame has been tossed into the greenery. I follow the verdant verge around to a wall where there’s a crashed Mercedes, its crumpled bonnet a sneer. It’s a beautiful looking car with a tan interior and walnut dashboard. Despite the battered front, it has been parked with precision.

I get the sense I’ve stumbled into the aftermath of something. A drama played out between the woman in the car, the lingering men, the skateboarders and the missing Mercedes driver.

There are secret lives and deaths that happen right in front of our noses. We just can’t see them.

I think about Father Joseph Williams, a priest who died at the wheel of his car in Morrisons’ car park in Houghton Regis, Bedfordshire on 27 December 2013. It was three days before police discovered him. Or there was the burning body found in a Sainsbury’s car park in Chippenham in August 2012. Or there was the businessman who went missing in an Asda car park in West Yorkshire on Valentine’s day 2007, never to be seen again.

The supermarket car park is a space next to a place, busy and packed full of people, where you can lie dead for days, go missing, trade guns, deal drugs. Nobody will notice.

This is because when you drive in and out of a superstore car park. the space outside your car is largely invisible. You notice only your parking bay, the trolley drop-off point, and the quickest route in and out of the store, via the designated zebra crossings.

The rest may be a bubbling lake of fire for all you care. You don’t notice the rest. You don’t go there.

To go there would be weird.

So I decide to go deeper into the car park to see what happens. Though, perhaps, I should first call my wife. Tell her I love her, and that I’ll hopefully see her later.