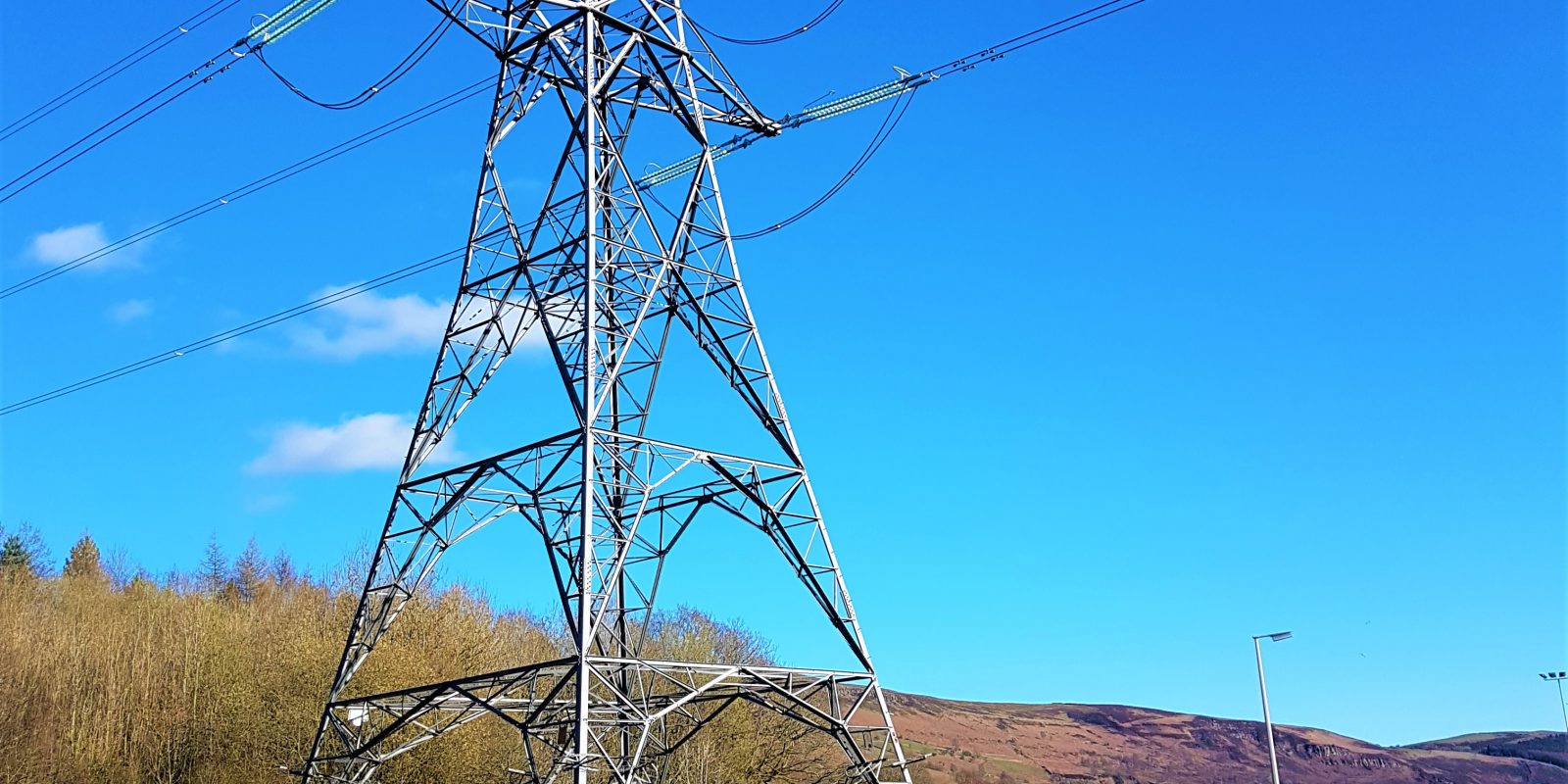 In the year leading up the (Not So) Great Pandemic, I was fortunate enough to take a trip around Wales, researching my next book, on a sunny weekend in spring.

It was just me, my car and a smartphone. Plus some underpants. Clean ones, at that. No expense spared. Those were the days when you could buy pants on a whim, simply by walking into a clothes shop.

One of my aims of my trip was to explore the Brymbo steelworks near Wrexham, where my grandfather worked until his death in 1976, and where my uncle worked until the factory closed in 1990.

As I was to discover, the ruins of the Brymbo works are haunted by a bottom-pinching phantom steelworker and two black dogs, which I saw with my very own eyes, but that is a story you can read in the book when it comes out.

While I was in North Wales, I was accompanied to the secret mustard gas factory nestled in the Rhydymwyn Valley by Bobby Seal, who wrote about it for Unofficial Britain in 2015: The Valley Works: Mendelssohn, Mustard Gas and Memory.

On the second day of my mini-tour I drove to South Wales, stopping at Port Talbot to look at its still-functioning steelworks, where a monk is said to haunt the grounds of Tata Steel (more of that in my forthcoming book, too).

As I approached Cardiff, I decided on a detour to Merthyr Tydfil, once the great industrial centre of the British Empire, dominated by four ironworks: Plymouth, Penydarren, Dowlais and Cyfarthfa. By the 1830s, the latter two had become the largest in the world.

As iron made way for steel in the latter half of the 19th century, the Ynysfach Ironwork closed. Its Coke ovens became a hub for the homeless, destitute and society’s outsiders. At the time is was considered a den of boozing, thievery and prostitution, but it may well have great place to hang out and – from the perspective of today – at least they could all be closer than 2 metres apart.

It was here where local bare knuckle fighter Redmond Coleman became locked in an epic battle with his rival, Tommy Lyons. The fight is said to have lasted over three hours, leaving both men flat out on the ground at the end, panting with exhaustion. It would have made the infamously long fist-fight scene in John Carpenter’s They Live seem like a minor playground scuffle. Redmond Coleman was so attached to the place that he later claimed his spirit would never leave Merthyr and instead would remain to haunt the Coke Ovens.

This form of afterlife was to be the fate of Mary Ann Rees. Alas, she had no choice in her decision to haunt Merthyr Tydfil. In 1908 she was murdered by her boyfriend, William Foy, whom she had followed into Merthyr on her final evening alive, suspecting him of sleeping with someone else. Her broken body was found in a disused furnace. Rees is considered to be the White Lady who today haunts the old engine house: a sad lady in a long, flowing dress.

The decline of the coal, iron and steel industries devastated Merthyr but it remained a hub for manufacturing. In the 20th century the Hoover factory employed over 4,000 people, with its own sports teams, social clubs, fire brigade and library.

In 1985, Sir Clive Sinclair’s infamous C5 battery operated vehicle went into production at the factory. A local urban myth was that the motors for the CV were, in fact, repurposed Hoover washing motors. They created only 17,000 units before operation was shut down six months later.

The factory closed in 2009 and remains a quiet hulk by the Taff at the edge of the town. Across the road is a derelict car park, its tarmac crumbling, with moss and grass creeping across the last faded parking bay lines.

A majestic pylon inside the perimeter of the abandoned car park slings electricity over the factory to the other side of the valley, where its brethren have amassed on the hills in great numbers. Whatever has happened in the past century, power still pulses through the town, coursing through the veins of Wales.

The fall of the Hoover factory was another blow to the economically stricken town, which might have lost its role in the world, but keeps its story alive in public artworks that I saw on my journey.

The past is never far away when you walk through Merthyr, a townscape saturated in industrial lore.

… Near St. Tydfil’s Church is an ornate drinking fountain on a raised plinth. It commemorates the pioneers of the South Wales steam coal trade. Its canopy is adorned with steel motifs of coal wheels, steamboats and a miner with a pickaxe.

…On a modern brick wall in the town centre, beneath a ‘To Let’ sign, is an abstract frieze of the industrial landscape.

….A pub that has opened in the restored water board building is named The Iron Dragon, with two resplendent golden dragons sculptures jutting from either side of the stone columns that frame the door.

…The Caedraw Roundabout outside the Aldi contains a sculpture by Charles Sansbury, which transforms an earth-bound pit winding gear into a 12 metre tall spire, surrounded by a crescent of standing stones, positing some link in the imagination between the Neolithic and the industrial revolution.

…Pink granite benches are engraved with poems about the industrial past. “the stalks of chimneys bloomed continuous smoke and flame”, says one by Mike Jenkins. Another quotes the scientist Michael Faraday:

“The fires from the hills shone very bright into my room and the blast of the furnace kept up a continual roar.”

On another bench I read lines from ‘Merthyr’ a poem by local lad, Glyn Jones:

“…I find what rustles/ Oftenest and scentiest / through the torpid trees / Of my brain-pan, is some Merthyr-mothered breeze”.

In that same poem, Jones describes the post-industrial town’s decayed slum areas mid-century as “battered wreckage in some ghastly myth”.

On this bench pictured below, was a reference to Dic Penderyn and the 1931 Merthyr uprising.

At that time, the town was home to some of the most skilled ironworkers in the world. But unrest was growing….

Locals were increasingly angry about their inadequate wages, while they were lauded over by the industrialists of the town. It was time for change, but they were hopelessly disenfranchised with only 4% of men having the right to vote.

In May 1831, workers marched through the streets, demanding Parliamentary reform, growing rowdier as their ranks swelled. They raided the local debtors’ court, reclaiming confiscated property and destroying the debtors’ records. Growing nervous about the rebellion, which was beginning to spread to other villages and towns, the industrial bosses and landowners called in the army.

On June 3rd, soldiers confronted protestors outside the Castle Inn and violence broke out. After the scuffle, Private Donald Black lay wounded, stabbed in the back with a bayonet by an unseen assailant.

Despite there being no evidence that young Richard Lewis committed the act, he was accused of the crime and sentenced to death by hanging, disregarding the petition of the sceptical townsfolk, and even doubting articles in the local newspaper. The government wanted the death of a rebel as an example to others, and poor Dic Penderyn was to be it, regardless of trifling matters like proof.

He is now an important cult figure in the working class struggle, buried in his hometown of Port Talbot, but remaining here in spirit, one small burning flame of Merthyr’s fiery legacy.

ABOUT THE AUTHOR: Gareth E. Rees is author of Car Park Life (Influx Press 2019), The Stone Tide (Influx Press, 2018) and Marshland (Influx Press, 2013). His weird fiction and horror has appeared in Best of British Fantasy 2019, An Invite to Eternity, This Dreaming Isle, The Shadow Booth: Vol. 2, Unthology 10 and The Lonely Crowd. His essays about place have appeared in Mount London, An Unreliable Guide to London and The Ashgate Companion to Paranormal Cultures. 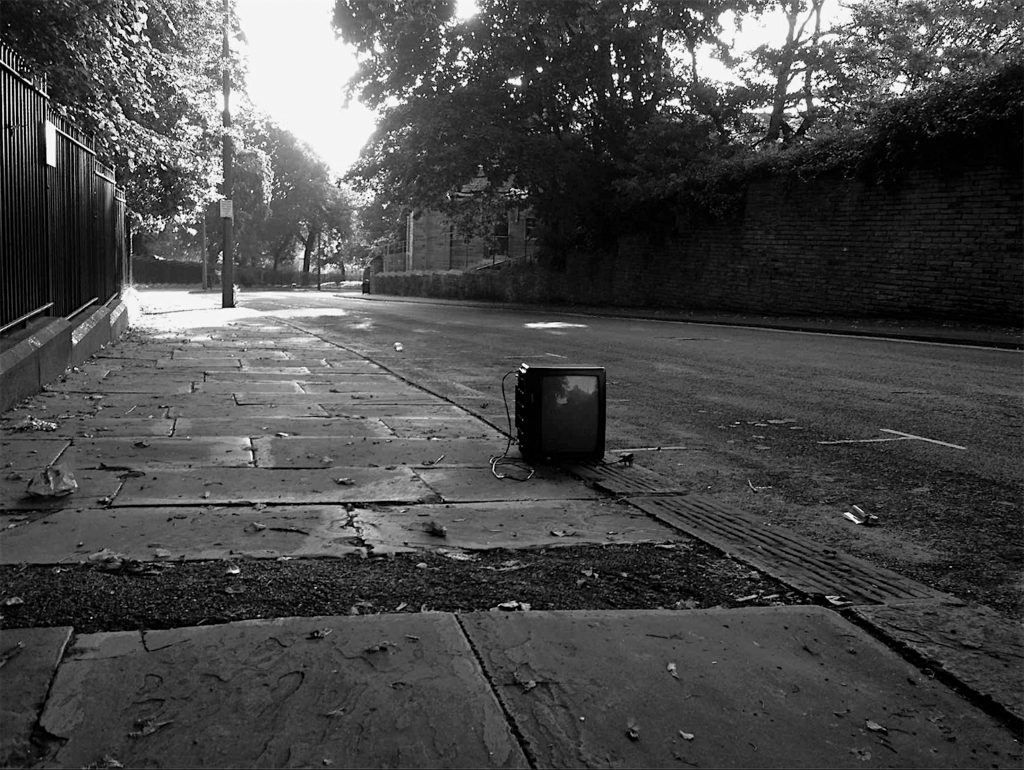 Absurdities and Synchronicities: A Postman’s View of the Everyday